Glad to hear it worked out mate, This has got traction real quick on discord . folks over there discuss issues they encounter and help each other . someone has already started silent hill texture project , one of my wishlist Big thx for this 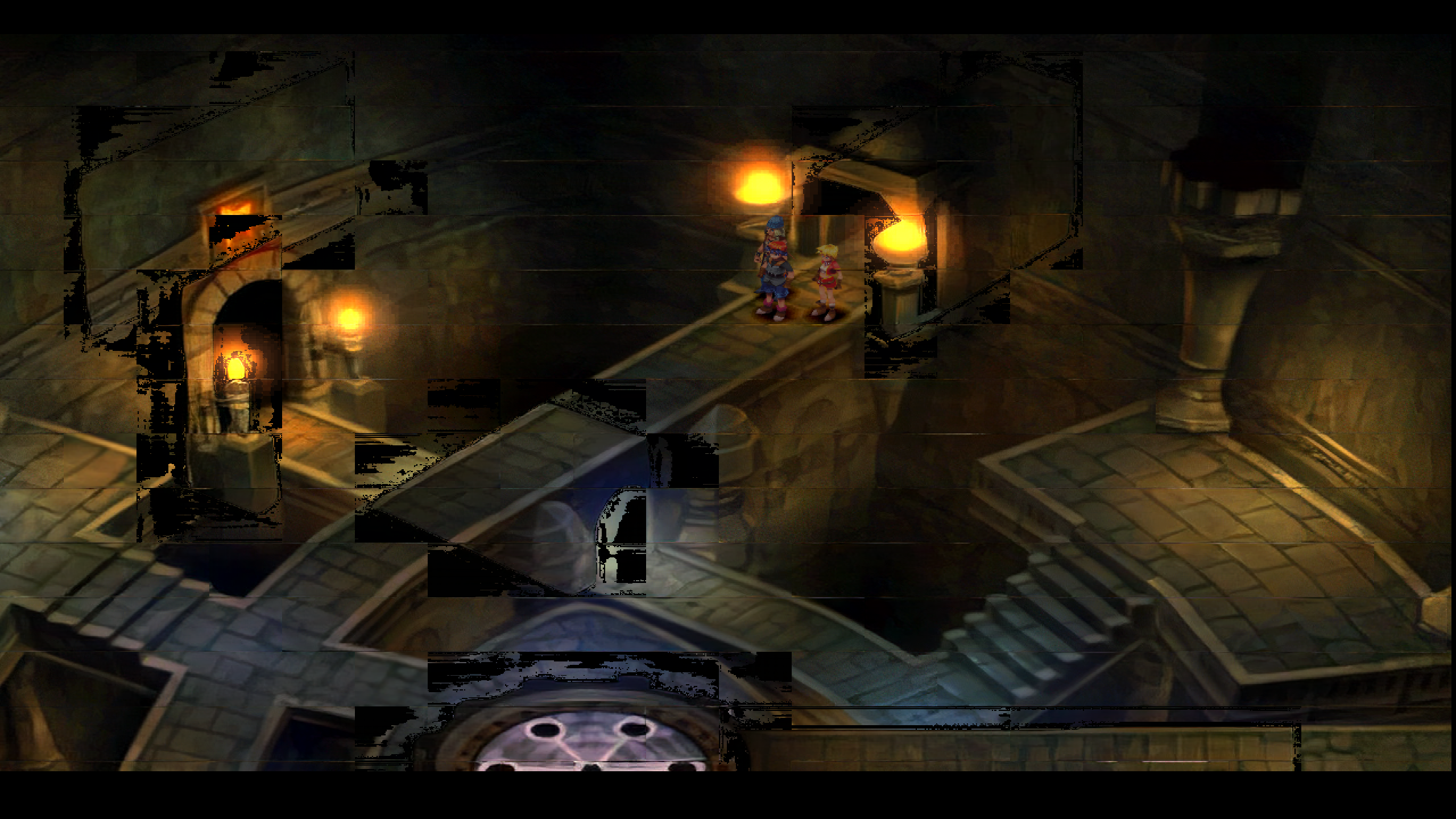 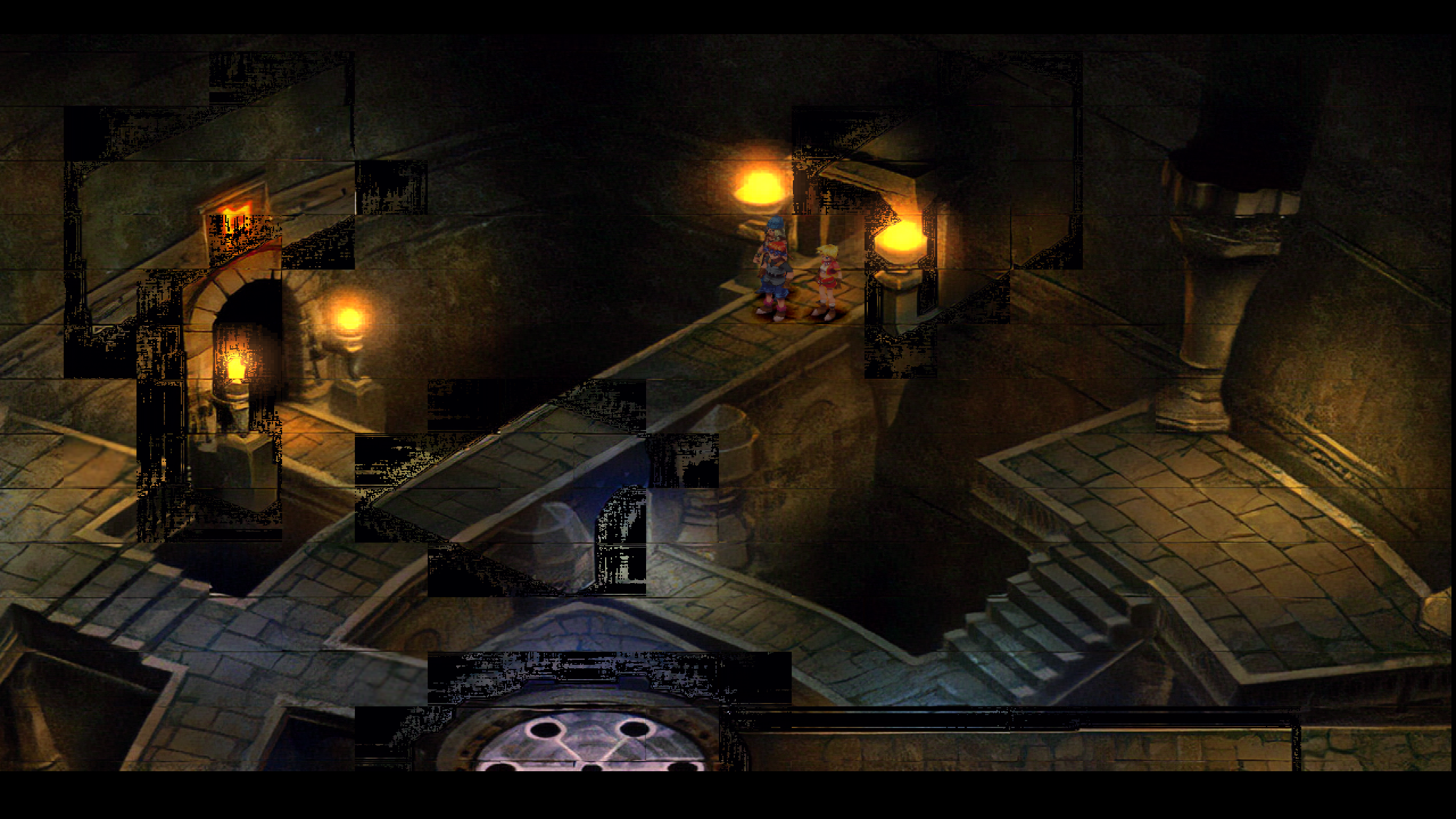 As I stated above, for the prerendered backgrounds games , this is to be expected due to the way the textures is stored.

you’re upscaling the tiles and chunks out of context.

The dolphin had the same issue with resident evil 2 & 3 .

The talented folks at https://www.reshdp.com were able to overcome this by doing the following:

1 they took the tiles and small chunks

2 assembled them to form a whole image

3 upscaled the image with gigapixel

5 feed the upscaled tiles and chunks into the emulator

I believe that the assmbleing and deassimbling were done with the help of the pc versions of resident evil 2 & 3 .Gemini extracted some data of pc versions.

As for chrono cross , according to @slerp at discord (the pack creator) the dumping of the textures were done directly from the iso using a tool that was created specifically for chrono cross. So his method won’t work on other games.

i just realy want i will test this way !

As for chrono cross , according to @slerp at discord (the pack creator) the dumping of the textures were done directly from the iso using a tool that was created specifically for chrono cross. So his method won’t work on other games.

How does this work? If retroarch didnt dump the textures how does it know which textures it has to replace?

are some of the finest work out there . I certainly would love Resident Evil 1 ,parasite eve 1 & 2 ,legend of dragoon and more to follow. It’s certainly not out of the realm of possibility anymore .

I haven’t had the chance to go in detail with @slerp on this . your guess is as good as mine I’m afraid.

Ah okay, may I ask how you deal with transparency? My issue is that ESRGAN fills the alpha channel with black. So if I upscale this for example:

I will get this as result:

And if I cut this black background off I have some rough outlines:

And if the background borders on texture parts which are black too I would accidently cut these parts off, aswell.

yeah , the transparency and alpha were discussed multiple times on discord , I’m afraid there haven’t been a solution yet.

Someone on reddit told me to use the ImageEnhancingUtility.
If I compare the results of before and then The outlines doesn’t look much better but at least very dark parts like in this case the shoes dont get cut off anymore. So this tool seems to be better in handling transparency.
However if I test these textures created by this tool ingame I have the same issue as 1vierock: Regarding the edges , I think this is supported to help

Thanks for the hint, couldnt get this running though. AntiVir doesnt like it.
I tried the anti alising model instead but I still have the issue that upscaling changes the value of my alpha channel and transparency turns black ingame. I spent the whole night with reading about splitting and merging rgba and so on but still couldnt fix it. I also did some replacements in another game: And now lets take a look on another problem with transparency: However ingame it only displays those icons which have no transparency while the ones with alpha channel in their background didnt get replaced at all: I spent a lot time to figure out what the problem is but still couldnt find the solution. I really hope someone can help me out there

I have done some testing of this feature with following games:

So far I noticed the differences between how each game loads their data and what the feature can actually dump from the games.

For example, in Resident Evil, the game dumps alpha layers from the backround graphics, but not the actual backrounds. It also dumps static 2D layers, such as item menu, icons etc. It also fails to dump the main menu backround image, but will dump the text layers.

In Dino Crisis, it also fails to dump the backround images, such as the opening warning screen and main menu backround, but will dump pretty much everything else. However, it dumps massive amount of small images that can contain small pieces of multiple different object graphics. Looks like the game loads the stuff in small chunks in multiple different files, and when this feature dumps those from the data stream, it’s a mess to work with. Same thing happened with all of those true 3D games (Driver was the worst of this, MediEvil was easy as is Syphon Filter).

Here’s example from the MediEvil, I just used Topaz Gigapixel AI to batch convert multiple files at once. Had mild settings for it, and 2x enlargement. Ye I made similar experiences. In Harvest Moon I played like for 10 minutes and had 35k dumps. However only 300 of them were usable, The rest of them had just 1 px width.

In Grandia I had only maybe 3k dumps so far but could use almost all of them. I already upscaled 2k of them.

In Grandia I miss the facesets and in Harvest Moon the only things which got dumped were charsets of the main character, his dog and some tools. Its confusing that the other villagers/NPCs dont get dumped even if they should have the same kind of charsets like the main character.

And ye in some rare cases I have the issue that it ignores my replaced textures. For the issue with the black backgrounds I found a tool to fix it

That tool to fix the black backrounds would be really useful, care to share ?

We’re doing some experiments with RE-games especially, where the alpha layers introduce those black backrounds that are visible on the edges, makes them look cel-shaded.

Sure this is the tool that I use: https://github.com/Krischan74/RTCWHQ
As the name it says he obviously made this tool for a certain game but it also works for textures from other games. For me it produces very good results since you can also adjust params like blur, contrast, brightness and sharpen.
And its the only tool which I found that can handle alpha channels correctly (sometimes ImageEnhanyingUtility also works, but not always).
The only disadvantage of this tool is that it doesnt have gui. So if you want to change params or even just the model you have to change it in the script file or the batch file.
However he has a really detailed documentation on github so also users who don’t understand python can easily use this.
BUT it has no output folder, it just overwrites the files in the input folder. So make a backup from your textures for the case that you dont like the output files.

Thank you so much! Will look into this.

I was finally able to replace the icons in the main menu what didnt work before: The reason why it didnt show my replacements before is that I apparently didnt have all color parts of this texture. When I tried it in the beginning I had this texture in 3 colors. After finding and replacing another color of this texture it finally worked (and after this I found another 2 colors, but those didnt change anything).

It was better if the emulator could merge all colors so we can avoid this issue of missing colors. Furthermore in some cases I wouldn’t know how I should upscale those single color textures.

However its interesting that even after the third run through a certain scene it still always dumps new textures which it didn’t dump before.

This transparency topic is still an issue for me. I now can upscale textures with transparency and I dont have these black outlines anymore but many outlines look a bit edgy. I think PSX cant handle transitions into transparency that good.

And another comparison screenshot, here I tried to upscale the boot screen: Couldn’t find the text as logo so I created it myself. Font doesn’t fit to 100% but I’m still happy with it.

This transparency topic is still an issue for me. I now can upscale textures with transparency and I dont have these black outlines anymore but many outlines look a bit edgy. I think PSX cant handle transitions into transparency that good.

Here is a good example what I mean. In this image I replaced the font of the game with the font from the hd remaster: The font is looking thicker than it should be. Now we take a closer look on the original font that I used and the result ingame. There are no soft edges anymore. Depending on the level of transparency its either shown as pure white or isnt shown at all. That brings us to the next problem. Some letters tend to have more transparent or less transparent outlines so in the end some letters look thicker in the result than others. And this looks really ugly. In fact blur in psx textures make textures look even worse. I’m afraid the lack of soft transitions limits the potential of texture quality on the psx.

Nevertheless I didn’t want these thick letters, so what did I do. I splitted the textures in rgba using IEU. Then I opened the alpha layer and increased the color level of black (or decreased the level of white, not sure anymore) so the white letters got thinner: Better than before but now the outlines look more edgy. So I resized the letters to 200% with cubic interpolation. Playing with the level of contrast and brightness to have only black and white in the end and to avoid blur. In the end I got a sharper and over all better font