I love the grit. Keep it coming! Nostalgia. Super work.

Just a heads up that I’m currently working and editing the montage video for Pack #2 which I will release soon for download. So you guys can finally use them. Hope you guys like them. Thanks for all the support and to those that helped me.

Yes if you like. I don’t see why not.

I’ll try then thanks.

This is very impressive! Eagerly awaiting Pack#2. Thank you

Here is my long awaited Pack #2 of my Realistic Arcade Bezels for Retroarch and the MAME core. Hope you guys like it.

Thanks so much, Orionsangel! Just in time for the weekend. Very appreciative of your excellent work, sir! Great gift to the community.

Here’s a link to download all to my Retroarch bezels so far.

I found this bezel used in Sega Ages: Thunder Force AC on the Nintendo Switch to be interesting. I wonder how much influence our bezels are having on these companies? A LOT from the looks of it. Good to see these companies are finally putting in some effort to enhance the realism and nostalgia for the arcade roots of these games.

But to be really honest, yours look way better. When I see yours it’s like you are really in an arcade somewhere.

Reminds me I still need to add that “MAME Artwork History” section to my site.

Earliest moment I can find where a company literally used artwork from my site: Burnin’ Rubber for PSP and PS Mini in June 2010.

Now Available on PSN: Burnin’ Rubber for PSP and PS3

We are very excited to announce the release of our latest PlayStation Minis game, Burnin’ Rubber, arriving for PSP (and PS3) on Tuesday June 22. Burnin’ Rubber is a classic arcade game that was originally released by Data East in 1982. Many people...

The artwork for Bump ‘n’ Jump at that time was an older version, and was completely faded. It’s been upgraded since then.

Most popular one was probably Midway Arcade Origins from 2012… there are at least nine games in that compilation that “borrowed” from existing MAME Artwork at that time. Probably more. The fun part on those, is that they have come full circle, and now you can use that artwork, that was based on MAME artwork, in MAME.

On the flip side…

First game I can think of that made use of the actual cabinet for artwork was Namco Museum Essentials for PS3, in 2009. By achieving certain goals in each game, you could unlock an additional background artwork, resembling a Japan cocktail table, with the actual Japan instruction card artwork.

First game I can think of that made use of a non-cocktail cabinet was Space Harrier for 3DS in 2012. You have the option of of viewing the game through the plastic bezel on screen. There is also a mode that simulates the motion cabinet, where the screen tilts based on your character movement.

And the first time I saw “widescreen” artwork for MAME… unfortunately, I can’t think of the guy’s name… and that’s killing me… 'cause I can usually find the site where he posted these. Pretty sure it was around 2008-2009… I remember him complaining about the “wasted black space” in the current artwork, so he made “cabinet versions” of some games. The “cabinet” artwork was lo-res, and the background for the sides was this 70s-style carpet pattern

Whew… sorry… that came out longer than I originally anticipated.

eyy, MrDo, welcome! I’m a long-time fan of your contributions

Yes, I know all that, Mr. Do. I’ve been playing Video Games since 1977. I’ve seen it all. I was more talking about how they recently used that candy cab bezel which I did before. I’ve also seen other bezels added to recent games that remind me of work done by others here in the community. Sorry… I thought that was what I talked about in the first half of my post… other times that game companies have been “inspired” by previous work done in the community.

Well… back on topic then… I’ve been really happy with all of the different Sega Ages games so far on the Switch… I hope they keep on coming for a long while.

First game they had with some type of cab artwork was Outrun in Nov. 2018: 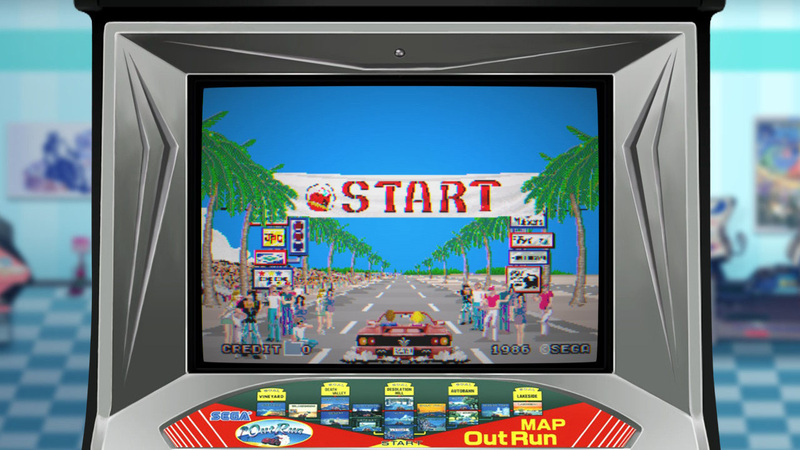 A month later was the first time they used “an” Aero City cab was in Gain Ground… you can flip your switch vertically to play the game.

And the first time they used the one shown earlier in the thread, was for Shinobi last October:

The background on this one reminds me a bit of the one I mentioned above… the guy whose name I remember… that’s mainly why I chimed in… and to say hi to this corner of the internet. That’s all.

You can download the Gemini Wing bezel here - https://bit.ly/2Zx2FaW It will be part of Pack #3 Looks beautiful! Thanks for putting that bezel into your overlays!

You’re welcome. Thanks for everything you do. You have a gift.