I got it to load but, it won’t accept input ATM. Also note that MAME core is still stuck at 0.212 thus the newest GNW and Tiger games might not be supported,

All handhelds work in retroarch mame as long as the core is updated to stay on track with each new release…I’m an android user but PC should be the same concept as retroarch seems universal through out each platform…in the mame roms folder I have the game name as a folder with the game inside that folder…(mame/roms/example game/example game.zip)…now this is the important part at least for android…try to load an arcade game like street fighter 2…once u load that game go to retroarch options and TURN ON the option that says BOOT TO BIOS…once that is on load a tiger game or game and watch rom…it should now load…go to settings again in retroarch and hit the save game option file which will be the 1st tab…now go back and reload the street fighter 2 rom and turn off boot to bios…if u look at the option file in the retroarch saves folder u can easily make a batch script for all those games instead of doing it 1by1…u cannot leave mame boot to bios turned on or else it will mess up systems like mess/non arcade games and other arcade games…that’s why each tiger game or any of those handhelds needs option files with boot to bios enabled…hope this helps and feel free to ask any questions

Thank you! This is so useful.

hello beautiful guide. i want to emulate emerson arcadia games. I have followed step by step the instructions of your guide but when I launch the game roms I have the following retroarch error: driver not found. the roms are good I have tested them with mess and mame on pc. the zip file of the rom has crc and sha-1 corresponding to the one indicated in the hash file. I have tried the emulators lr-mame, lr-mess and lr-mess2014 but they always give me the same retroarch error. driver not found. arcadia has no bios to use. do you have any suggestions for me?

I followed the method but it does not work with the Tandy Color Computer.

I copied the Donkey Kong game (dk.dsk) to the same directory as the machine’s bios.

I created an empty dk.zip file (Donkey Kong) as indicated in the method but at launch nothing happens ?

MAME 2003 is arcade only. Use a newer core, or try MESS. The dummy file is supposed to be used with CD systems. If you are using softlists appropriately with the CoCo it shouldn’t be needed. It looks like your game is for the CoCo 3, you need to make sure the BIOS and names match. I usually try in standalone MAMEui first and or launch RA with Commandline (because you then can get a MAME error output).

@Jamirus good evening I don’t have a MESS core in Retroarch only MAME ?!

No the Donkey Kong game is indeed a game for the Color Computer 1 I tried it with MAME standalone for Windows & it works perfectly with the BIOS I mentioned in my previous message.

Another problem is that this same game is not referenced in the coco_flop. xml ? Can I create an XML file myself ?

I was able to load this game with the mame_libretro core (as @Jamirus said, mame_2003 is not going to work)

From the command line, you can see it loaded:

I’ll note that this starts the game, but apparently you need to then enter a command in to launch the game which i couldn’t muster without futzing a lot with my controller. The game though does start.

@zachmorris Hello & thanks for your detailed response !

This thread is describing the launching via softlists files.

For non-softlists launching, you can try it this way: disable the core option for softlists in RA MAME core, then load content -> the coco bios zip. This should launch the coco emulation if all bios files are in the directory. You can then use MAME’s internal file manager for other stuff.

For this console, I’d say it’s probably easier just to get the compatible romset. Without much effort, I found all coco_flop games, and the entire thing is all of 5MB.

You could in theory name your disk file according to whats in the xml file listed here.

And place that in dkong.zip. The name of the game files needs to match the name in the xml file.

But it may not work if your dk.dsk doesn’t crc match (I’m not sure if MAME crc matches or name matches)

For Coco3 vs Coco (1st generation), it doesn’t look like MAME has a driver for the floppy games for 1st generation (maybe the progretto info is old, but this appears how it works).

For this machine you can see only coco_cart is listed as a software list (there is no donkey kong game in the coco_cart list) http://www.progettoemma.net/mess/system.php?machine=coco

For the 3rd generation machine coco_flop is listed, which is why it works: http://www.progettoemma.net/mess/system.php?machine=coco3

For non-softlists launching, you can try it this way: disable the core option for softlists in RA MAME core

Thanks for your answer I’m looking for how to disable this option but I can’t find it ?!

@zachmorris thank you to you I found the coco_flop.zip archive of 5 MB but it is missing a lot of games that I have in .dsk format …

Can we modify the coco_flop.xml file & add entries with our games & their respective CRC & SHA1 values ?

If you want to not use softlists, there is a way to use CMD files, which bypasses this method alltogether. You can try that, see here. I’ll note that I never had much luck getting this consistently to work, and just in trying your example with a cmd file, I couldn’t figure it out.

If you can somehow figure out what command/settings standalone mame is using from it’s command line and logs, you could try and duplicate it with a cmd file.

Edit: I was kind of able to get it to work with disk games by:

-rp points to the folder where the bios files are, the first path points to your dsk file (my files are in the same spot). I just tried the DK remix game.

Launch the cmd file. The command line shows it loaded:

For Coco3 vs Coco (1st generation), it doesn’t look like MAME has a driver for the floppy games for 1st generation (maybe the progretto info is old, but this appears how it works).

progetto is sadly not updated anymore, you can find more recent info over at 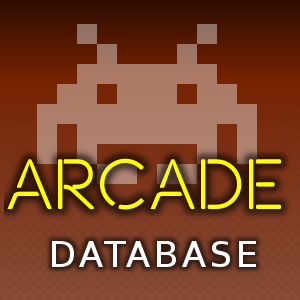 The software lists for the CoCos aren’t representative of the available software though, also once stuff like savedisks for computers come into play I think you need to disable software lists anyway? At least that was my experience the last time I fiddled around with some stuff, because MAME’s filemanager wouldn’t let me load other stuff with softlists in RA enabled.

Here are the options I have for the core mame2000_libretro.dll: 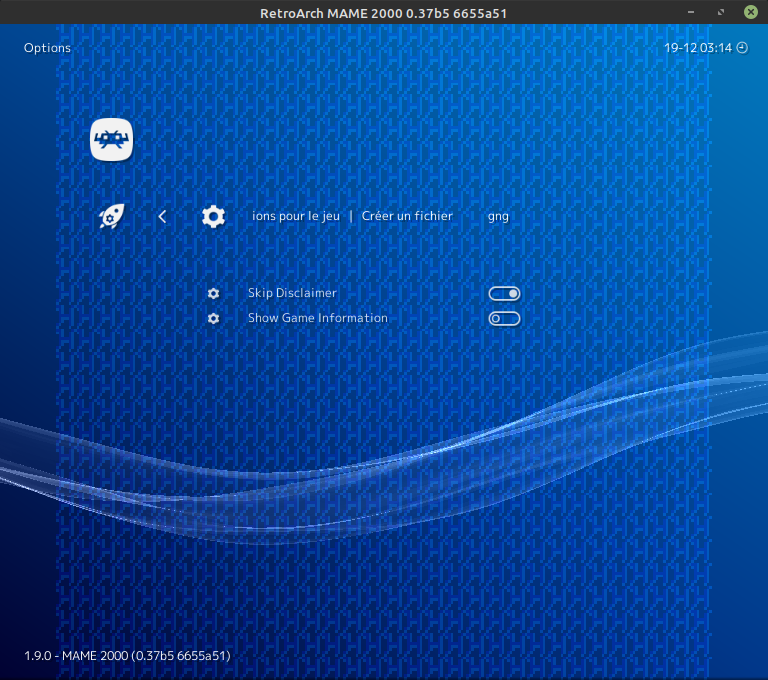 Hello, I managed to launch the Donkey Kong game on Color Computer 3 with some difficulty, and I will explain how I proceeded: 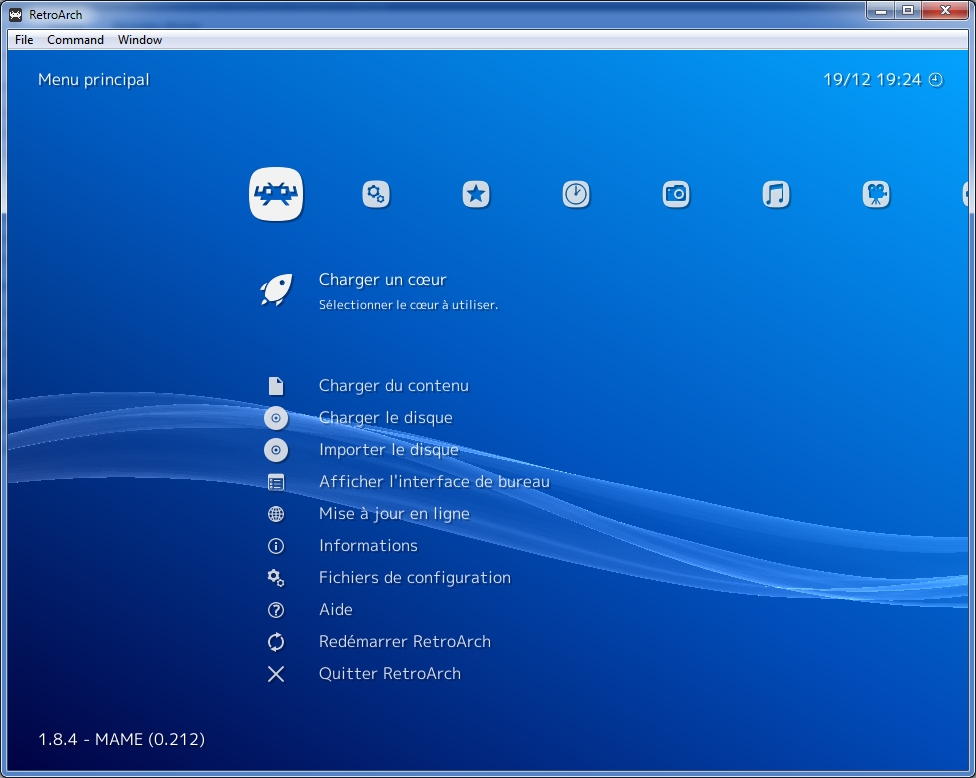 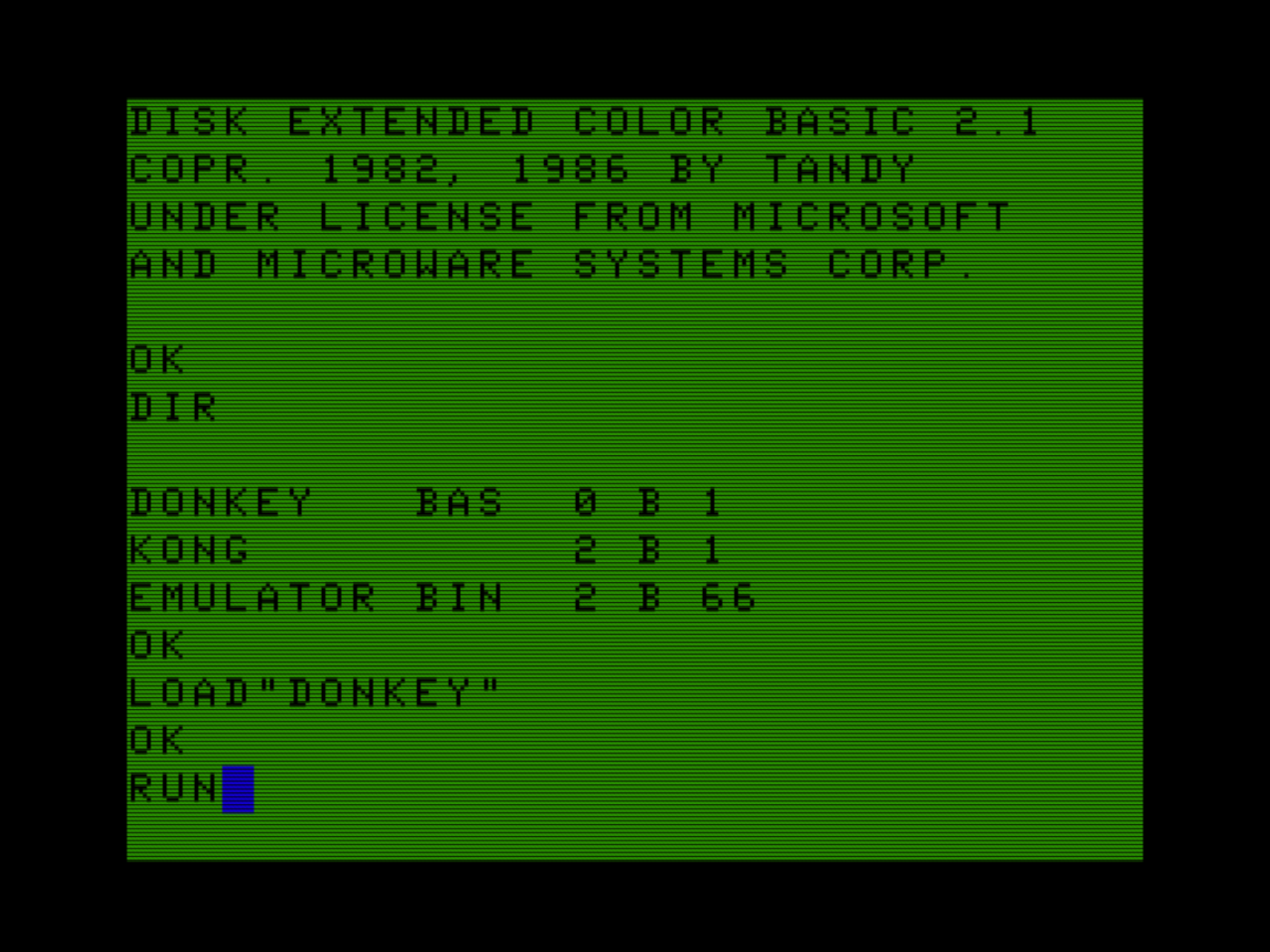 After futzing with this a little more, I found the cmd files might be a better bet for this system. You can put an autoboot_command into the file which will type in the load command. For donkeykong I put the following into a cmd file:

And the game boots automatically after auto typing the command in for you (holy smokes that system is slow to load): 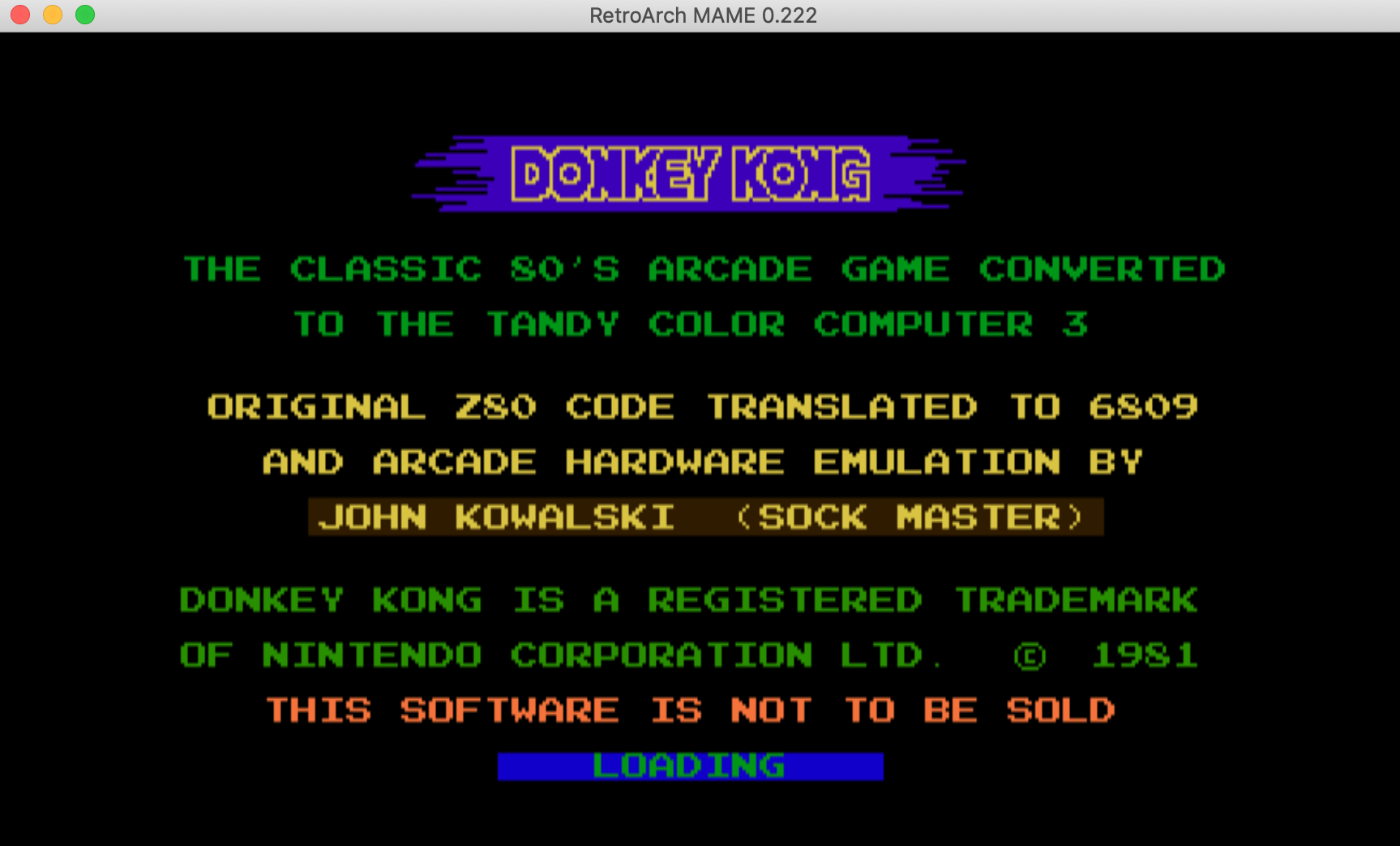 @zachmorris Hello I have a big problem !!!

I downloaded version 1.9.0 of Retroarch & updated the cores, unfortunately the core mame _libretro.dll no longer exists !!!

It is replaced by the core hbmame_libretro.dll & the Color Computer no longer works !!!

How to proceed to get the mame_libretro core.dll I don’t understand anything anymore ???

I found the solution to have the latest version of MAME with Retroarch you have to download the archive ici & extract it on your HDD & then install it via the Retroarch interface: Load Core> Install or Restore a Core.

I have this screen unfortunately the command RUN does not launch… in fact Retroarch completely crashes .cmd file only works for MAME standalone on Windows but it does not launch the game… it only loads it & the command is missing RUN