Christmas eras is inevitable that come to me an avalanche of memories. The strongest is from Sega Genesis, the euphoria that made me feel even today, I get excited.

A memory that I have tried to recover was my first game, not the first one that touched, the first one I played for a long period of time.

This a little undecided, I do not know if it was the Karateka of 1984 in Apple II, the holidays spent them with my father (they are divorced) and he had a data-center, I calculate that they would be about two months. 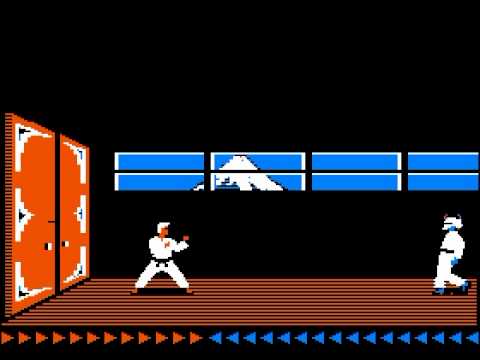 Or… Tron: Deadly Disc 1982 in an IntelliVision, my cousin’s dad had one and when I finally learned it to play, I was her best friend

He also adored the movie. 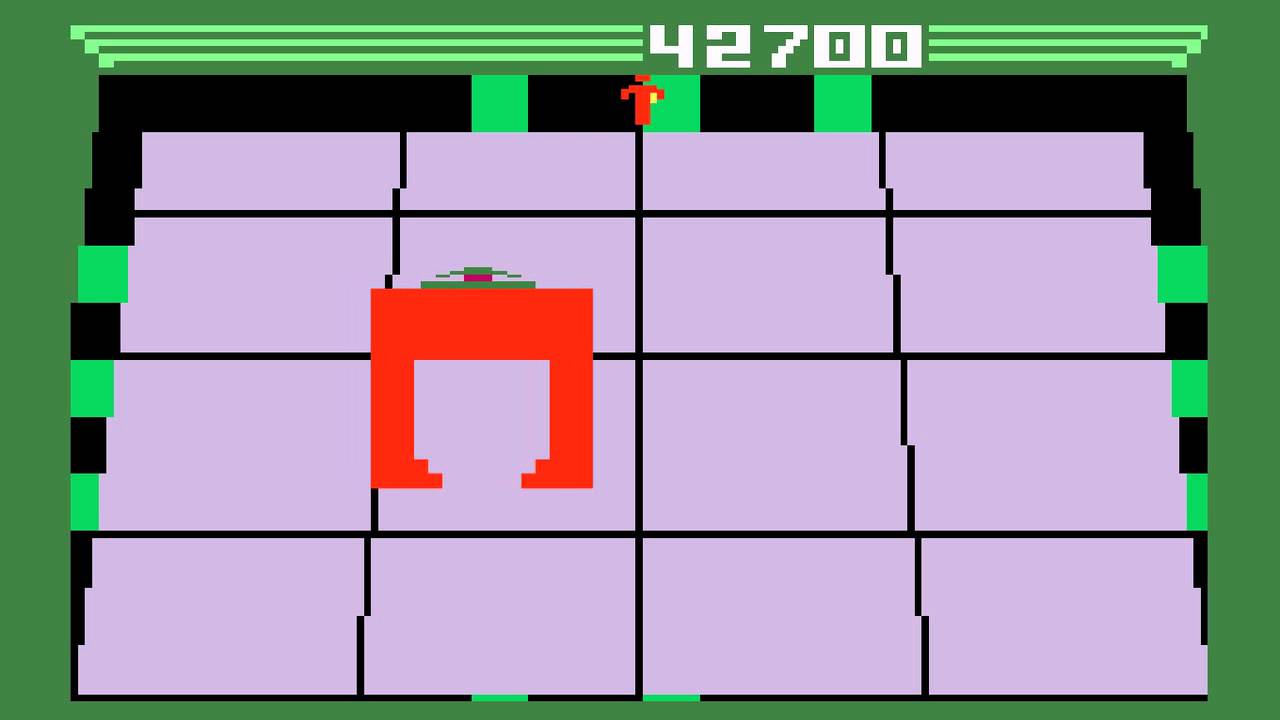 The one that I am sure was the first era, Fire de Game & Watch, although I do not consider it the first because I did not really care about that format. 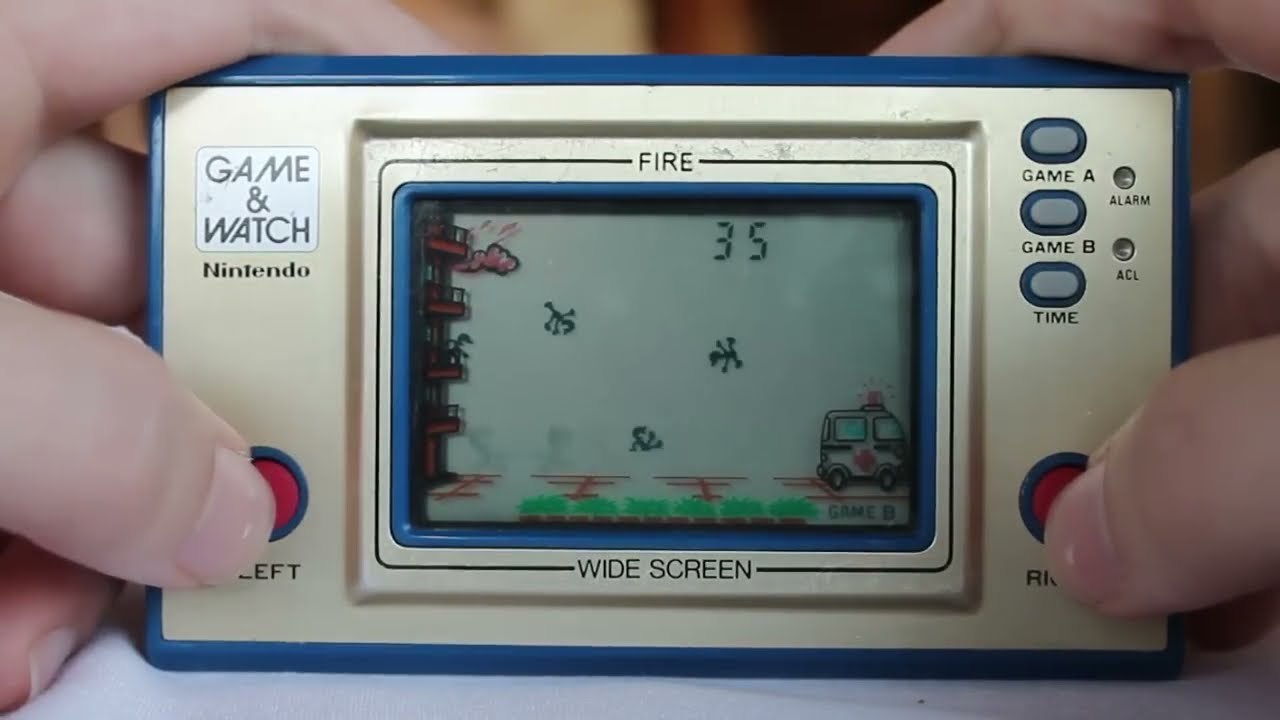 My first console was a Atari 2600 clone with many games in memory, I do not remember how many.
It was for the year 1988/99, and the Nintendo NES was fashionable, but my parents thought it was better because I had more games. When I made an adult I understood that it was because it cost half. The first moment I was disappointed, but then I played infinity number of hours.

In that console, my first game bought me. It was this wonder, maybe the most advanced game of the 2600, and I chose it only by seeing the covers 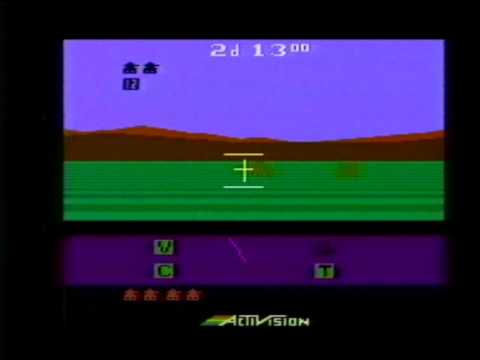 I could never have a genesis, despite that’s the console that I’ve played the most, sometimes they lent me, other times (most) went to a game center that was from a friend and spent half of my life. Those centers were like a cyber but with consoles and not so luxurious, where we piled up as pigs to give us … love? (As in the photo but not so luxurious:) And this is all, for now, it was a wonderful time full of new things…
All this paraphernalia to thank all the RetroArch team and its beautiful community, and wish you a happy new year! I hope that this year is full of wonderful things.

P.S.: This year I’m going to bring you some gifts to the Dreamcast community, one of my favorite consoles that I never had

I love posts like this. My first game ever was Super Mario Bros. we got an NES in 1991 when I was 3. I still remember playing it for the first time. It was mesmerizing. Been a gamer ever since, NES to Genesis to N64 to Dreamcast and on and on to now with my TV cabinet holding my Switch, Series X, and PS5.

RetroArch is the catalyst that made my dreams come true. Fast Forward 20 years to now, and I have RetroArch to thank for letting me build what I call my Gam3B0x; and it sits right there next to my current-gen systems. Not only that, but it has a sister-system I built (might have to post this build somewhere)

Just today, I sat down at my CRT and played some Super Mario Bros on NES. It takes me back, every time. Could not have done it without RetroArch, and especially without the community here.

For the most part of my life I’ve been a computer player, as original consoles were hard to get in my country.

My first gaming experience must’ve been around 1990, when I came to my mom’s work and one of her coleagues showed me their workstation and the games they had. I vaguely remember some Space Invaders and Frogger gameplay. Back then, I didn’t yet realize how life-changing this experience will be for me

Another memory I have from around that time is when we visited my mom’s other friend and she had a home computer (no idea what it was, my bet is ZX Spectrum) and she let me play a game on it. I don’t remember the gameplay exactly, but it might’ve been Marble Madness. I remember only few details: you controlled the ball, the graphics were colorful and mind-blowing for me, and that when I looked out the window there were only vast unused fields up to the horizon (it was the last block of flats at the edge of town)

Then my school friend got an Atari computer with a tape player and we tried to run some games on it. I remember we had to leave the room for around 10 minutes, because the tape head was so sensitive that any “disturbance in the force” could make it fail loading. And when it did fail, you had to start the whole process all over again

My first own platform was Commodore 64 my dad bought in 1991. It also had a tape player, but it was more reliable than the ones used in Atari. Though you still had to adjust the head with a screwdriver from time to time. I remember playing some really fun games then, mostly ports of Pitfall, River Raid, New Zealand Story and some other titles.

Around that time I also got a Game & Watch clone where you played as a hockey goalie. I also remember playing Contra and Mario on a NES clone at my cousin’s (original consoles were still hard to get at that time).

Around 1993 or 1994 I had an Amiga 600. I had lots of games for this platform, I mostly loved platformers and fighters. I remember endless hours of practicing fatalities in Mortal Kombat 2. Also Street Fighter 2, Superfrog, Flashback… Man, the nostalgia…

Then in 1995 a PC era starter for me, and I focused on PC gaming for a long time, especially racers (first Need for Speeds) and adventure games (Lucasarts titles, Simon the Sorcerer, Broken Sword), and then FPSes and RPGs.

To this day Half-Life is my no. 3 game of all time, Fallout being no. 2, and the best of the bests is and probably always will be Final Fantasy 7, which I played for the first time… as a PC port. Oh, the irony

At that times consoles were getting more prominent in my country. My friend had a PSX and we played some Tekken on it, then my other friend got a PS2.

During the 90s I also played quite extensively on arcades, with titles such as Punisher, Metal Slug, Aliens vs. Predator, Street Fighter Alpha, Tekkens, Soul Caliburs etc. literally devouring my allowance money

I bought my first console only when I started earning my own money. It was a PSP, soon followed by PS3.

Emulation has always been a way for me to discover all the things I didn’t get a chance to enjoy in the past, as the console game market was totally different from PC market back then. This is still mostly uncharted territory for me, with so many obscure titles I keep on discovering.

Wow, thanks for the opportunity to walk back the memory lane and vent some of that nostalgia.

Keep on playing all throughout 2022 and onwards!

Once they lent me a Famicom, only with Mario 1. I came to play so much, I spent that game that happened in record time, without losing lives and without items, what is now known as Speed Run.

I remember when I saw Sonic running for the first time, it was a Pentium I at 133MHz. It was one of the moments that impacted me the most. I knew that nothing was going to be the same.

You wanted console and I would have killed by a commodore 64, I remember the first time I saw that thing, it is lovely.

Reading your comment, unblock a memory, and it is unforgivable to forget it.

Long before Atari 2600, I had a handhelds, it was an original game, not a clone. Half a blue moon, yellow buttons, the game was a horizontal buggy race. It was very good. This would literally be my first game and console.

Although my first home computers were the ZX Spectrum 48k and C64, my first actual console was the Sega Master System (PAL) and my first game on it was ‘Hang On’ (and obviously the built-in Snail maze game) Really impressed at the time, colour and speed especially!

Master System (PAL) and ZX Spectrum, It sounds like Spain. Unsurpassed in micro-computer.

Master System (PAL) and ZX Spectrum, It sounds like Spain. Unsurpassed in micro-computer.

I’d played on Atari 2600’s with friends/relatives at the time (and a special shout to Stone Sling on the Philips Videopac G7000), but the SMS was my own so I have fonder memories of it.

My first console was an SNES with Donkey Kong Country, my father bought it from my aunt when I was about 3 years old. It was also the only game I had since I was about 10 so you can bet I played it a lot

Funnily, the DKC trilogy are the only retro games I prefer to play on my 3DS nowadays instead of RetroArch, since they look just awful on a large TV (but they are perfect for the small display of the 3DS, I think the pre-rendered sprites are displayed in their original resolution on it so the games look like they were made for the device).

Or… Tron: Deadly Disc 1982 in an IntelliVision

Aside from a Pong system my dad had stashed in a garage, Intellivision was the first console I ever got to play on, and I played the crap out of Tron Deadly Discs! It was probably a tie between Tron DD, Burgertime, and AstroSmash. After we got the Intellivoice addon, B-17 and Bomb Squad took up quite a bit of time as well.

UK was also a giant, come to think of it, the whole of Europe was incredible in the mic scene.
Once I fell from the sky an Odyssey 2, literal, I was with some friends in the parking lot and fell a box, it was the console, I shouted “the game was missing” and at the minutes they launched Speedway!
They almost killed me, but it was worth it.

since they look just awful on a large TV

The Shader make magazine with these games. I never played it but there is a very well done remake of that trilogy.

Intellivision was the first console

I really like the Intellivision, even more than the Coleco. After Tron DD, we played a lot of tennis, I do not remember having played others.

Good to see a bit of Apple II love, for a change. I still have my original PAL Apple IIe, it’s been upgraded over the years - American NTSC motherboard, Floppy Emu Model C, Modern Memory Upgrade. I still get a kick downloading images from the net, via a Laptop to the Apple IIe via the tape input jack, and watching the Apple write to a floppy disk from that online image. My first computer was a ZX81, then onto a 16k ZX Spectrum, followed by a 32k upgrade to 48k. Next was an Atari 800XL + 1050 Disk Drive - one of my all-time favourite 8-bit computers. I got a C64 around late 1985, but no disk drive, only tape deck. Loved it, but hated it’s slow loading, which also was the same when I finally got a 1541 Disk Drive, later in its life. My first console is still my personal favourite, the Atari 2600. Those were some great times, back then, times we’ll never see like that again.

Of the first generations, which lucky! The sound of the floppy disk is one of those unforgettable retro elements. It gives me a lot of nostalgia, I used those of 5¼ (and those of 8 saw them, I have some saved). Instead, I never met a micro with cassette, it’s something I’d like to try one day.