UPDATE: I placed the BIOS files individually directly into the mslug2.zip file and it worked. But this cannot be how this should be set up right? How should this be working?

Okay, Iv’e been at this for several hours over the last few days and I need another pair of eyes to help me through this clusterfuck.

Is there a tell-tale way to look into neogeo roms and at a glance know they are old and should be discarded? Or what sort of emulator would run the rom in the image shown? I have gotten this same rom to run in the past so its not corrupt, I would just like to know why this isnt working and what to look out for. 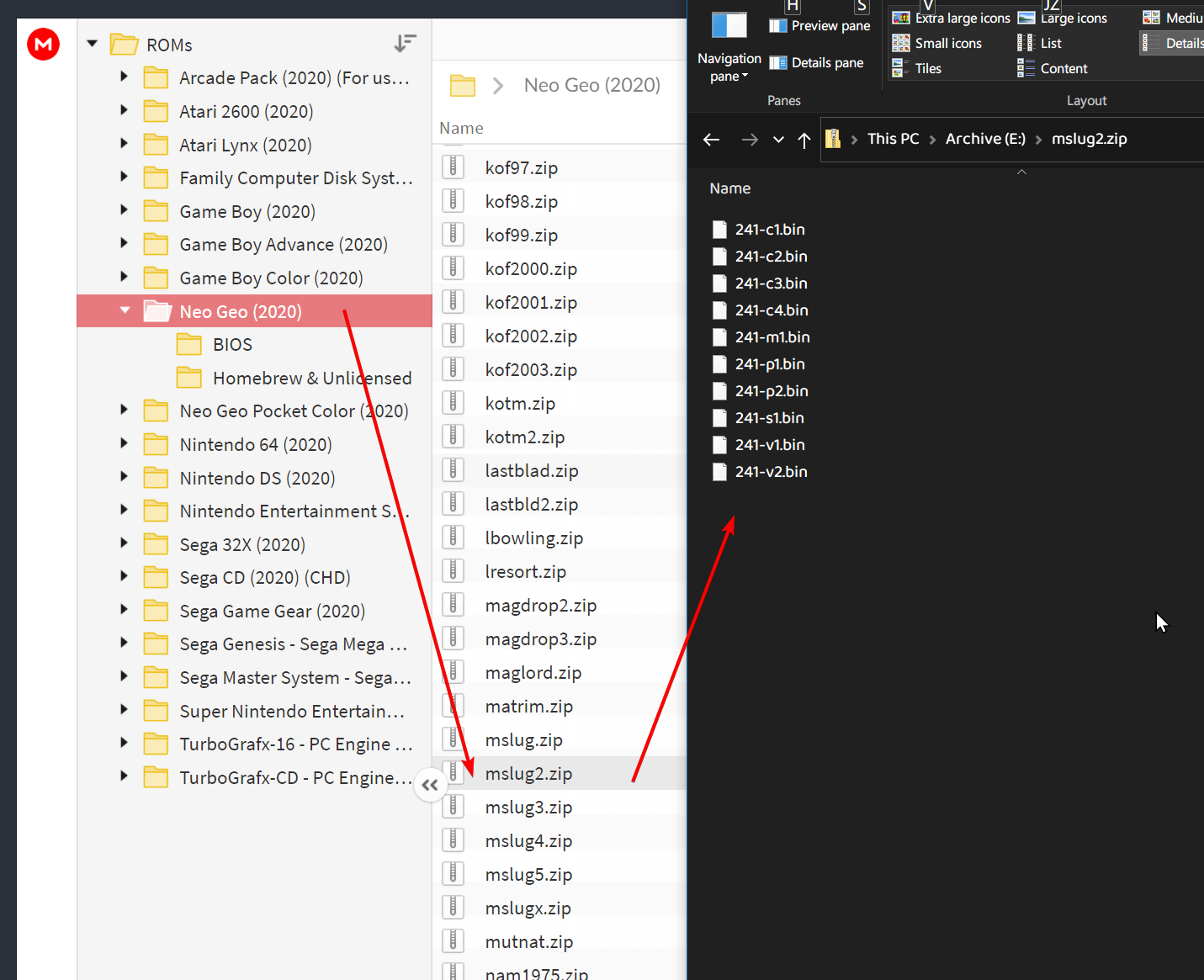 This is the BIOS file that was included in this particular pack. I have tried 5+ others. 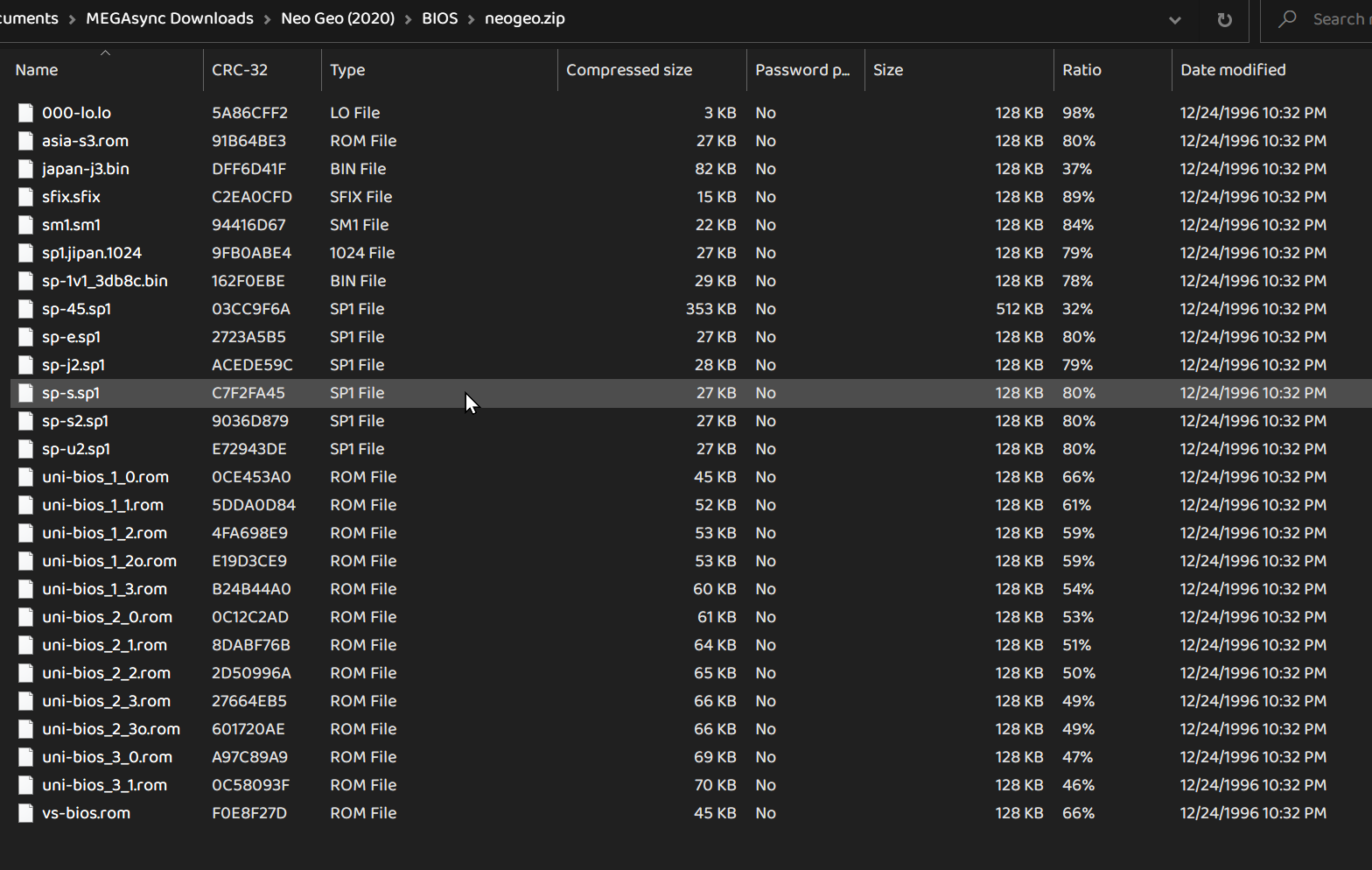 Log portion. This is when trying to use FBNeo. Weird thing about this is the crc matches the file in the bios named “asia-s3.rom”. I copied this file and renamed it to sp-s3.sp1. Then proceeded to do all the steps again (bios in rom folder, bios in system folder etc) with no luck and the same error that that file was missing. Wut?

Core Info directly after trying a launch that should work. The bios that is confirmed to work (my copy-all-bios-files-to-thegames.zip-file half-ass method from the edit) is both in a neogeo.zip file inside the system and neogeo rom directories. Something probably super simple is wrong and I cant see it. 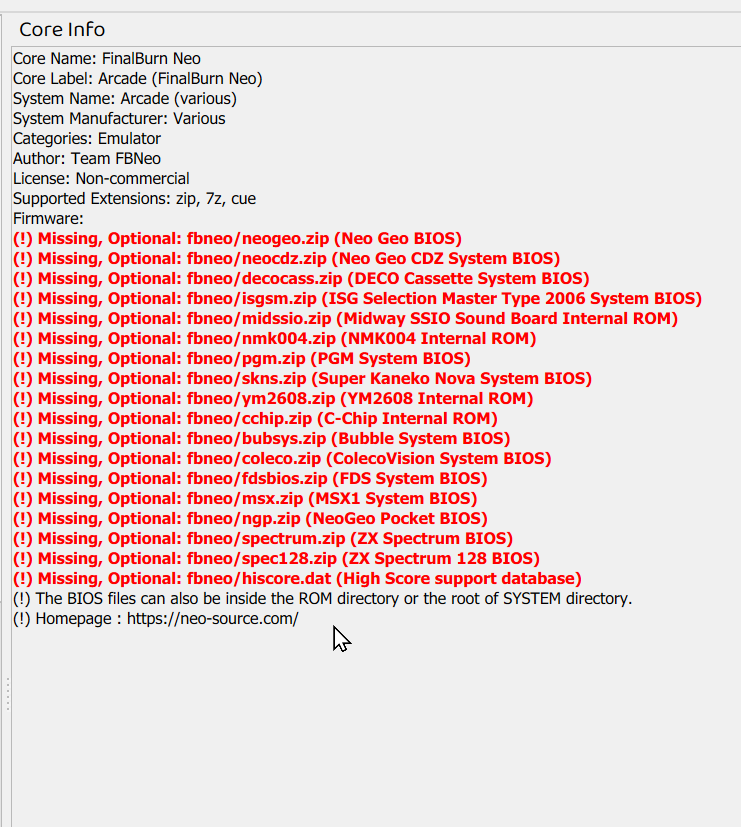 Solved. Basically the issue is a conflict between this option: FBNeo will pick up BIOSes in system/fbneo, so you can put neogeo.zip there and it should pick it up.

I tested this by confirming the bios I had works by putting the bios with the game.zip itself and launching working, then moving that bios from there to the system/fbnero directory, and it would no longer open the rom (Ive reset launchbox between launches)

I made sure to have the most fresh version just minuets ago.

For now ive pushed the romset though the official DAT using clrmamepro and having the bios files be all integrated with each rom. This is not ideal as its over 3GB space wasted just for the neogeo stuff.

I made a bug/featurerequest report on the github. If anyone knows if im just missing a step, please let me know and ill close the report. Thanks

I was able to reproduce the issue (i.e., system and/or system/fbneo didn’t work for me either), so I asked barbudreadmon about it and will follow up here if he tells me anything different.

My fbneo romset has neogeo.zip in it. The FBNeo core loads it just fine from the content directory.

The zip itself has these in it:

@RealNC From the content directory if the neogeo.zip file is in the same directory. Not when all of my games are separated into folders. Thats why its important that it also be able to get the bios from the system folder; it isnt.

@BarbuDreadMon I’ll try to get you logs/files you request soon after I update as suggested. Ideally Id be using Launchbox, but im doing this ‘manually’ through RA directly to remove a point of possible error. Basically this is happening:

NeoGeo roms should launch successfully if one or more is true, #3 is the problem child: 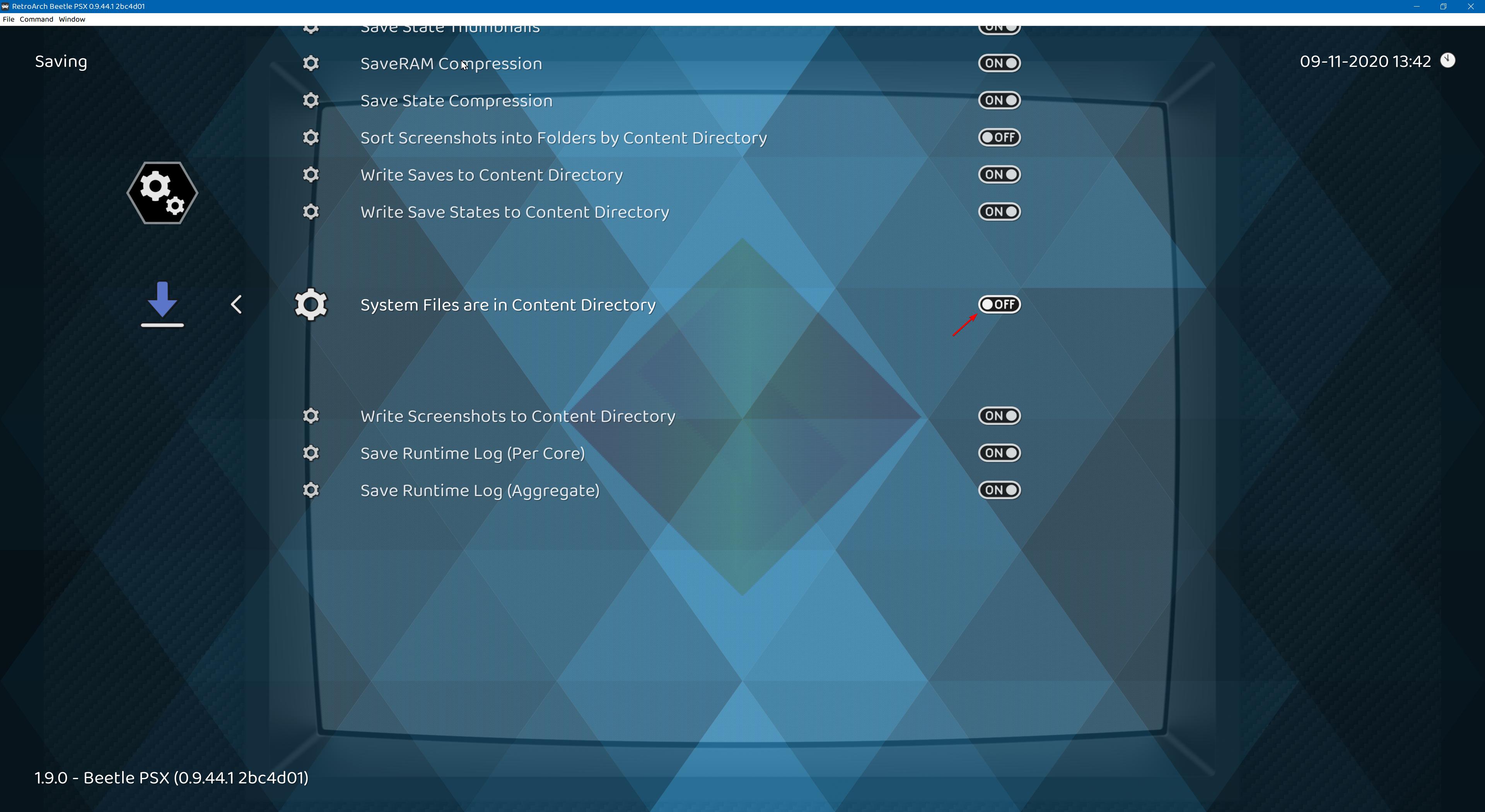 From the content directory if the neogeo.zip file is in the same directory . Not when all of my games are separated into folders.

Why would you ever do that?

To encapsulate everything that I do with a particular rom into its own folder.

It seems you’re using the wrong romset for that

If you want per-game folders, you need a non-merged romset.

No, im using the correct one, with 0 roms missing. I dont think you understand, but thats not required.

I ended up getting it to work on my end after adding some missing files to my BIOS. I had been using a unibios and I guess it was pulling some of the files from elsewhere or something because once I got everything in there, it worked just fine from system/fbneo.

No, im using the correct one, with 0 roms missing. I dont think you understand, but thats not required.

Well, if the BIOS files were missing from mslug2.zip, that means you don’t have the correct set because you’re using either a merged or split set. For your use case (one game per folder), non-merged sets should be used, as they provide stand-alone zip files where each game has no other dependency.

MAME ROMs are more complicated than console ROMs, but not hugely so. There are just a few concepts you need to understand and some simple terminology and it all makes sense. Here is my guide to MAME ROMs and their associated terminology.

This is RetroArch's document page, modification or development information outside of this repo may be incorrect.

@Paultimate That might not be an issue here since the files probably got renamed while the crcs didn’t change (and FBNeo only cares about crcs), but expect issues with hundreds of other romsets if you are using 10 years old romsets with FBNeo.