OpenTomb is an open source Tomb Raider 1-5 game engine remake with many improvements over the original:

Bounties (donations) via Bountysource for this specific feature 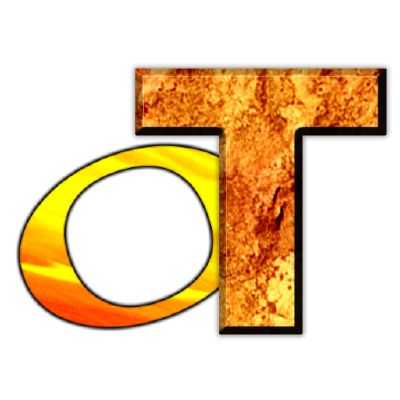 It is written from scratch and is intended to play levels from all classic TR games (TR 1-5) and custom levels.

OpenTomb was previously known as TRE, tr1_engine, or TeslaRus engine, and have existing a long time now.

OpenTomb is an open-source engine replacement project for classic Tomb Raider games (from TR1 to TRC). It is being developed completely from scratch, without...

Latest news on project are currently available through ModDB entry: OpenTomb is a cross-platform reimplementation of classic Tomb Raider 1—5 engines.

This is already in-progress, actually. EDIT: no it’s not. I confused OpenTomb with OpenLara.

No, that is OpenLara which I ported.

OpenTomb is a separate project.

OpenLara is a much newer project which so far only supports TR1 (and not that fully yet either).

OpenTomb also have a small development team behind it while OpenLara is a one-man-show.

Both those projects are written from scratch are do not really share any code with each other.

* Integrated LUA scripting: lately LUA became de-facto standard for game scripting because of its easiness and features. It is used by OpenTomb for flexible item, trigger and general gameplay programming on a per-level basis. Meaning, you can easily re-program ANY item or trigger for any level. Say goodbye to hardcoded item and trigger functions! * Shader-based rendering: OpenTomb does not use fixed-function pipeline for rendering, instead opting for shader-based pipeline. It means that engine takes full advantage of modern video chipset features - currently, it allows shader-based skinning, underwater effects and pixel lighting! * Completely different collision approach: engine uses special terrain generator to make every room’s optimized collisional mesh from floordata. As for static mesh and movable collision - it is calculated on the fly and is not taken from pre-defined bounding boxes. Simply said, OpenTomb sees no difference between room, static mesh and object collision, and allows standing / climbing / etc. on any surface, including static meshes and movables (even enemies!). * BULLET physics engine is another groundbreaking feature, which offers industry standard quality object interactions in real-time. In OpenTomb, it is used for Lara’s ponytail, boulders and other traps, as well as ragdoll death animations. In the future, Bullet will be used for ropes, particles, weather effects, and maybe something more. * Advanced audio engine: PC versions of Tomb Raider had no environmental audio effects, like echo, reverb or occlusions. OpenTomb successfully reimplements all these, plus air absorption effect and underwater low-pass filter! Soundtrack player uses three-channel automatic handling, which allows to play background ambience, action music and speech all at the same time without interruptions! * Cross-platform compatibility: OpenTomb is being written in C++ using unified interfaces like SDL 2.0, OpenGL and OpenAL, so it can be made compatible with any common platform, like Linux or Mac. Currently, Cochrane already made Mac port of OpenTomb, and vobject has made code compatible with Linux.

Bounties (donations) via Bountysource for this specific feature:

Bump! I can see that OpenTomb is still under active development on GitHub

An open-source Tomb Raider 1-5 engine remake. Contribute to opentomb/OpenTomb development by creating an account on GitHub.