I’ve bough myself a couple of those nice Sega-style 6-button controllers from 8bitdo and Retro-Bit. For obvious reasons, I’m primarily looking to use those controllers with the Sega Saturn and Genesis/Mega Drive cores: 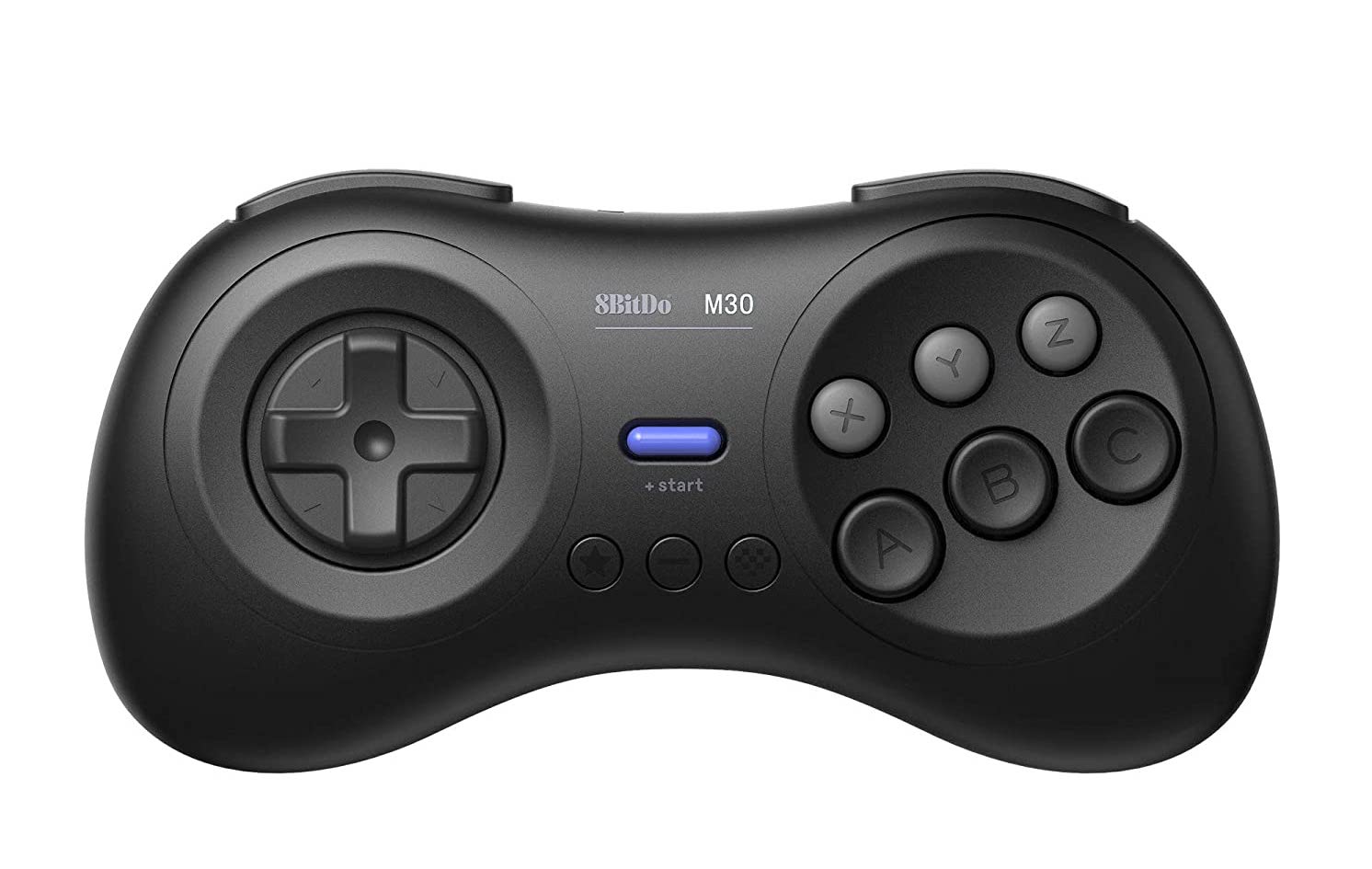 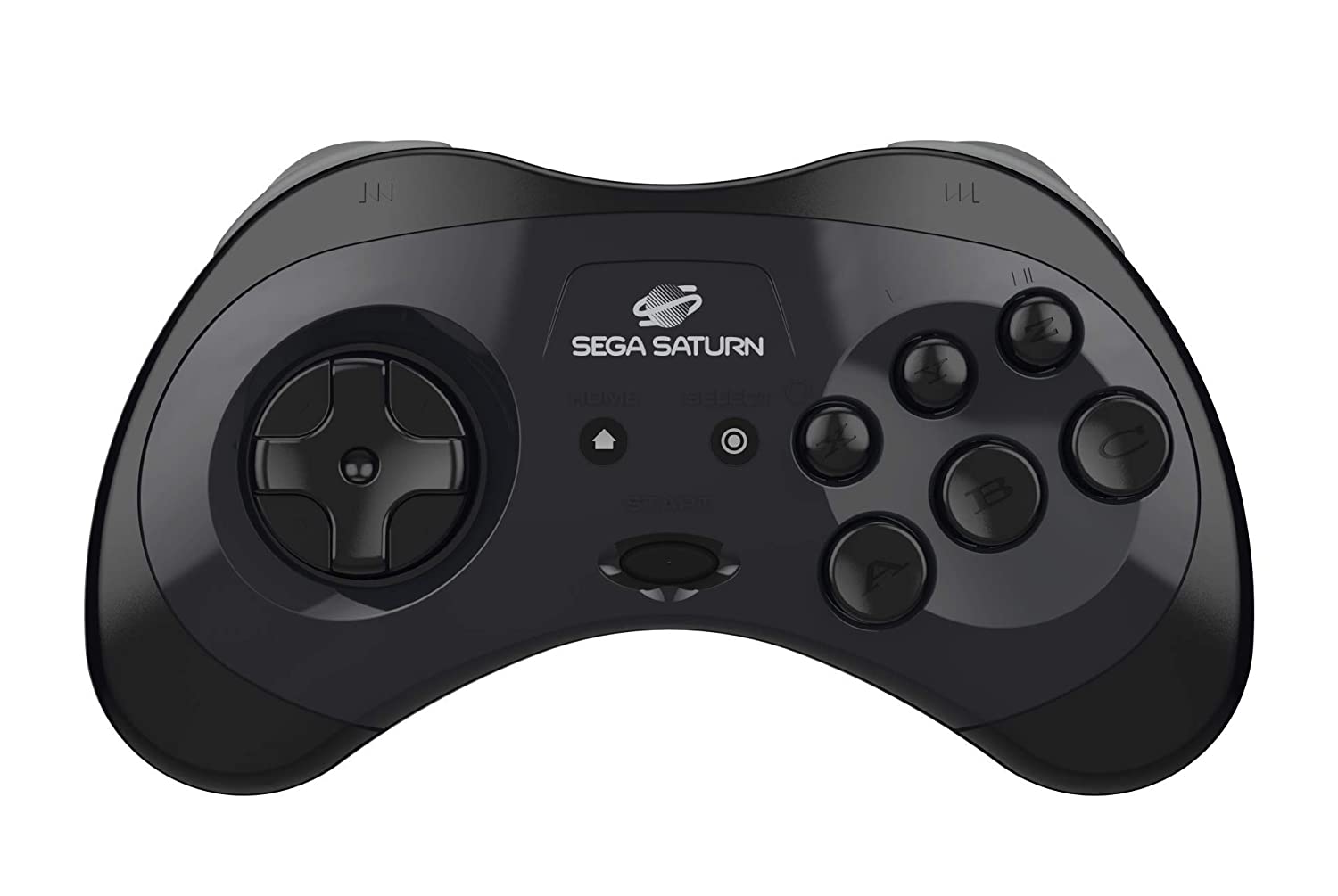 Unfortunately, the individual cores come with different default button mappings and you have to manually remap them. A mapping that, for example, works with Beetle won’t work in GenesisPlusGX or Picodrive.

I’d like to make a suggestion, that all Sega cores should be configured to use one and the same button mapping under the hood. The best layout might look like this: 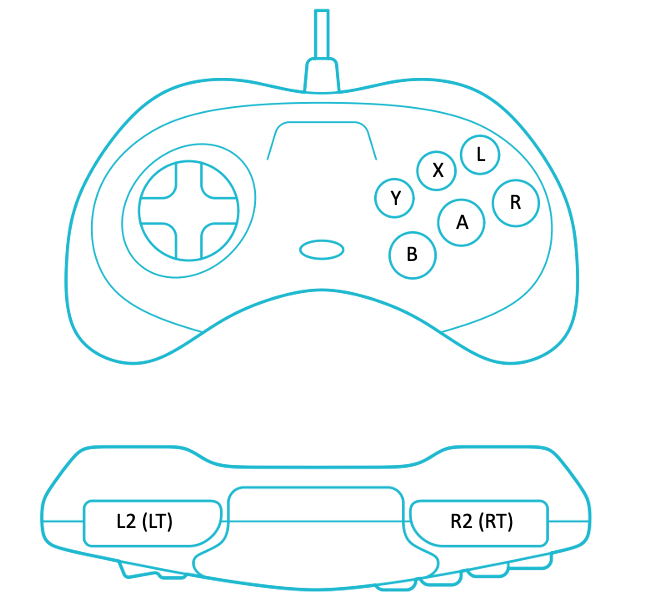 This layout would work best with the default “diamond-shaped” layout (north, south, west, east) used by most other emulators and the Retroarch interface: 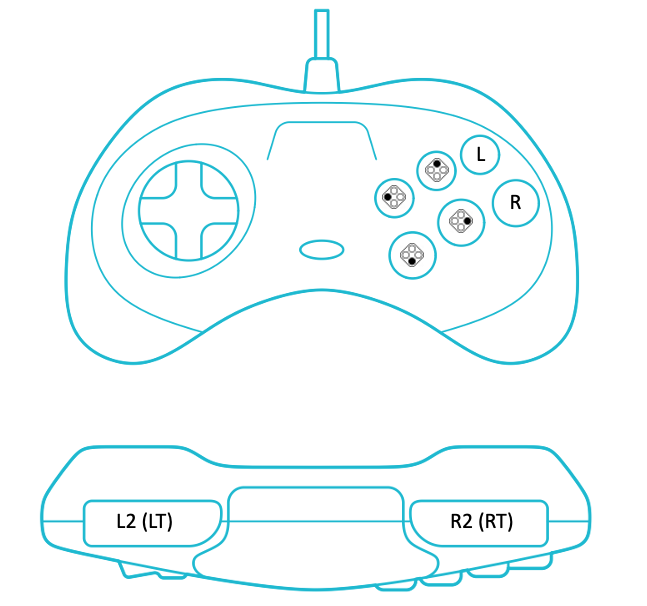 As a nice side-effect, this layout would also work fine when playing Street Fighter 2 on a SNES emulator. The bottom row of the 6 face buttons would belong to the the 3 different kicks (weak, medium, strong). While the top row matches perfectly to the 3 punches.

The button layouts are set by the individual core authors, who are not always us. That is, Blastem, for example, uses a different layout than GPGX because those core authors have different ideas as to the best experience for users.

Luckily, as a user, you can always change the core mapping to suit your preferences.