I have bought Tomb Raider on Steam (the 1996 game), is there a way to use the game content with the OpenLara core ? The core has been in Libretro for quite a while now, but I can’t figure out how to use it, I can’t seem to find any documentation about it.

If you visit their website, they claim they’re making all classic TR games from the ground up, it’s not like OpenLara or OpenTomb are source ports since they attempted to get the source from the original creators in vain.

Anyways, if you still want to play this game you bought on modern systems, I can help you with that, I setup all classic TR titles recently and all the original PC games are running great, all running in HD and, for example TRII can now use the same HD textures from IOS and Android versions on PC, TR1 also has support for HD textures and looks great (no glidos needed), and all classic titles are now compatible with xinput devices.

Note that OpenTomb and OpenLara are projects far from being complete, and as far as I played the demo online, it didn’t have the same feel, it’s almost like playing a different game, although I really look forward to see what will become of this, since I’m a fan of the series. So, stick to the original series for the time being.

Start here, you will be able to run Tomb Raider (1996) in HD and true wide-screen on modern Windows natively:

It’s even possible to add music to the Unfinished Business expansion, which even officially hadn’t any:

In case you’d like to check how the game will look like with additions, I’m posting some screen-shots I just took from my end: Thank you for your answer ; the thing is, I know already about HD patches and stuff for the game (I use them ; I play TR in glorious 2560x1440 resolution with the Windows ATI patch =) ), but I really wanted to be able to use the Libretro core for the game. I guess the core is pretty useless for now then ?

To best answer that you would need to check the OpenLara site, the core is probably on par with the project, which, like I said earlier is a WIP.

I understand now that you want to try it, I thought you’d like to play the game. But the project don’t use anything from the original game assets.

I’ll try to make it work in RA here and will let you know if I have success with that.

Well, I liked the demo on the website, the 60 fps, the lighting, the water effects… That’s super cool ! But it’s only a demo so I wanted to know if there was a way to get all the levels in the engine, which seems to be the case : http://xproger.info/projects/OpenLara/ : there is a “Browse Level” button which will accept .PHD, .PSX and .TR2 files.

Yeah, you’re right, they’re cool and refresh the title, it’s cool to replay a beloved classic in new ways with enhancements. I’ve found this, you probably read the same thing, but it seems the core can load one test level at a time.

I got the project wrong, actually, they do use the original games assets, but like Tromzy told me, they’re building the engine from scratch. It’s so weird playing it at 60 fps, probably after half an hour I wouldn’t care that much, the water is really cool. I hope they keep an option to play it at 30 fps, if that don’t exist already.

On Linux I get a weird bug, though : 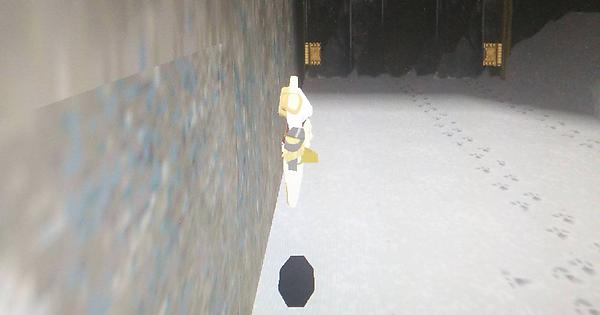 Lara’s head is too low and she has no legs…

Nice, looking forward to see this project solid to re-play it with the enhancements.

I’m on Linux too and I’m not getting that bug. One thing, most some options are gone (toggle water effects and texture filtering).

When i open any PSX file from the PSXDATA all i get is a black screen. I do get sounds though. If i press the buttons, eventually a selection is made and i get into the game.

It’s confusing though. Which file do i need to load with OpenLara core in order to play the whole thing? I have the PSX version.