PS Vita nightlies are now available. The nightlies have very few cores now but we’ll keep adding them till it’s complete, please report any issues, suggestions and any other feedback here.

Thank you very much for porting this to Vita

I have a question, how can i remove the grey bars of the sides of the screen? 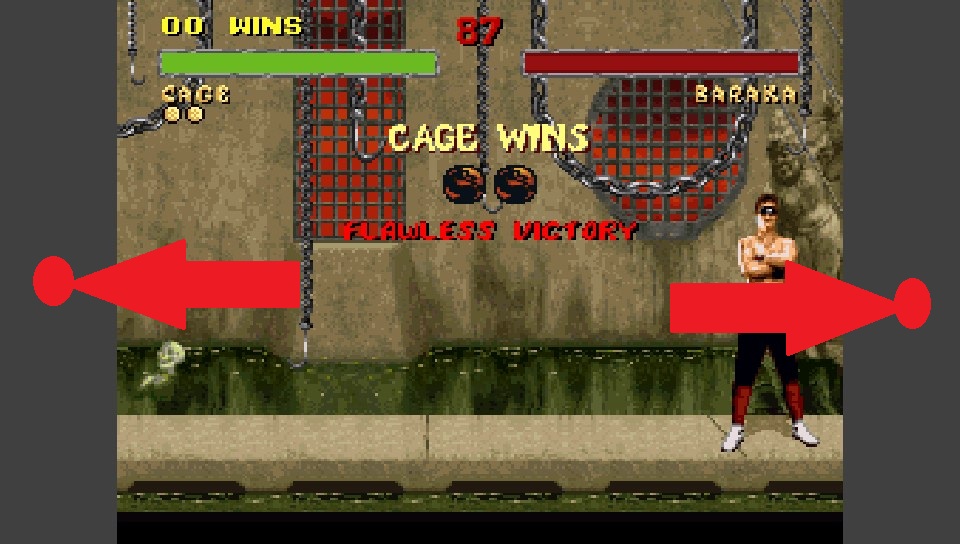 [QUOTE=humbertosnk;28213]Thank you very much for porting this to Vita

I have a question, how can i remove the grey bars of the sides of the screen?

It’s the background. It was grey for testing. It will be removed

[QUOTE=frangarcj;28285]Fixed. Also it now has savestates support[/QUOTE] Great! :D, and now i see fceumm run at full speed!! :–DDDDDDDDDDDDDDDDDDDDDDDDDDDDD I have another question,how do i enable turbo buttons but in another location?, for example in fceumm i will like A->circle, B->X, turbo A->triangle, turbo B->square

Wondering if I should try other DOS games or if the same would happen with all.

I’ll try other stuff and report back when I can.

Updates from the 9-21 Nightly:

CATSFC-SNES works pretty well, almost all games I tested ran fullspeed with no audio issues that I could notice. SNES9x-Next is a tad slower, there’s a lot of audio crackling and game don’t get to 60fps (also, fps counter doesn’t work) DOSbox still doesn’t seem to work FCeumm works fine and with no issues that I can tell. GenesisPlusGX still working fine.

A couple of questions:

Will it be possible to access the Retroarch quick menu using a different button combination at some point? It’s fairly cumbersome to try and hit both start and select on my Vita, given they are flush with the faceplate of the system. Personally, I preferred the other method of L+R+Up+Triangle. Much easier to hit and unlikely to conflict with a given rom.

Are there any plans to bundle each of the emulators/applications within a single velf?

Is it possible to scale the image 2x rather than filling the horizontal resolution of the Vita screen? It would be nice to have the option to have pixel-perfect scaling without needing the bilinear filter for smoothing.

Other than that, save states appear to work for me in Genesis Plus GX and Gambatte, FCeumm seems to run fine, and I wasn’t able to get Dosbox to run the last time I tried it(I will continue testing with the newest version in a moment).

*Edit: Dosbox loaded but crashed on trying to load an executable. Handy loaded Electrocop just fine(ran too fast), and crashed when I tried to load Ninja Gaiden 3 right afterwards.

How can I install and run RetroArch on my Vita?

now I have “Pool Hall Pro” to trick run VHBL+138menu it’s work, but I can’t run FTPVita to upload any ROM to my vita.

This works with Rejuvenate. More than likely, Sony removed the Unity App, so if you dont have it, I dont know what to tell you

Native homebrew and emulators are now a possibility on the PS Vita through the Rejuvenate hack. This hack gives us access to the native performance and functionality of the PS Vita, per opposition to...

Any hope to a gba core?, mGBA is very slow :C

And in the PSP era there are a NeoGeo emulator that uses a folder to cache and load big roms, maybe you can copy that idea? I wish to play SvC , KOF99 and up.

There is a problem I’ve noticed with the CATSFC emulator on Vita - builds after 5th December 2015 don’t recognise any of the ROMs. I don’t know if it’s moved to a ZIP only thing but it could equally be a bug, right?

Try and let us know, i hadn’t time to test latest version.

I am trying to get it install into my ps vita 3.55 which has ARK and the XVHB . What do I supposed to do with your file ? Can’t be ran .

Retroach for psvita needs rejuvenate hack so you need to be on 3.51 firmware or lower to install it.

My vita firmware is 3.51, and I use Rejuvenate. Retroarch ps vita is good homebrew but recent 1.36 stable version and nightly version is not working on my ps vita. when I run 1.36 version, error message com and crash PSM Unity app. So I use 1.34 stable version. I don’t know why. Is this my own problem?

And I have question on fb_alpha_neo. Fb alpha neo homebrew has good performence, but it has limitation. This homebrew cannot load rom bigger than 24Mbyte.(kof97, mslug3…) Can I solve this?

Great news everyone, Homebrew is going to be open for everyone now!!!

HENkaku: Vita homebrew for everyone

For the last couple of months, molecule (composed of I along with Davee, Proxima, and xyz) have been working hard to bring you an easy-to-use homebrew solution. The result is HENkaku (変革), the first HEN for the Vita. Since the release of Rejuvenate a...

[QUOTE=pkmaximum;43598]Great news everyone, Homebrew is going to be open for everyone now!!!

A bubble for RetroArch, nice :3

Only downside is that the binary format for henkaku seems to have changed a bit compared to how retroarch for vita is currently being compiled. Any chance of getting vpk files on the nightly builds since going forward henkaku will probably be the standard for vita homebrew?