I recently was reminded that RA 1.0.0.2 for PS3 was the last one that can run multipass shaders correctly. While newer buggy versions aren’t fixed, I’ll begin here the creation of a shader collection tested on RA 1.0.0.2.

If you’re interested in testing, here’s the latest version: ps3-shaders-v12

The shaders in the link are the first ones I tested on a PS3. So, they work for sure, even the presets. Any kind of help are welcomed, mainly if you figure out how these shaders can work on newer RA versions for PS3 or PSP.

PS: I’ll update the link with new shaders when I test new ones and fix others. My goal is to add most of the shaders in the official RA releases. I’ll only add shaders that are guaranteed to work at reasonable speed.

Added an old version of crt-geom. New versions are too slow on PS3.

Nice idea to open this thread!

I hope we can get shaders again working on the newer version of RetroArch, I had no idea multipass shaders worked in 1.0.0.2, I guess i need to test that old version.

I don’t know if these info are useful, but I got these reports from users: CRT CGWG fast, which is a simple single pass shader, works fine in 1.6.3, while xbr/xbr-lv2-fast.cgp works in 1.6.7

Though they shouldn’t be multi-pass shaders. I’m not an expert about shaders, but I’m interested to learn how they work.

Indeed, single pass shaders work on new versions. I figured out some details about why some multipass shaders don’t work on RA 1.0.0.2 for PS3. I’ll post here so that devs can have a clue about how to fix it:

Be aware these two points regards only 1.0.0.2 version. New versions won’t run multipass shaders even if those features aren’t present.

Premium Access Only The free hosting period for this file has now expired, only premium users can download it.

Possible to upload an other cloud server ? Thanks you.

thank you so much.

someone can tell me if shaders or filters works con VITA with Retroarch 1.7.X ?

I’m currently using the latest 1.7.1 for PS3 , had been using 1.7.0. I was not able to get any shaders to work in either version, but I seem to recall being able to do so with previous versions. I’m a bit of a novice when it comes to Retroarch, how to apply shaders, presets, multipass, overlays, etc.

I don’t want to do anything crazy that would blur any details or smooth anything like xbr. I’m just looking for a way to get even scanlines that line up with the pixels, when displayed on a 1920x1080 screen. I tried some of the overlays in the Onscreen Display menu, but none of them seem to display the right amount of lines or match the pixels. Basically, I just want it to look about like it does when using scanlines on my Framemeister.

Any ideas as to what to do or where to look?

The scanlines overlays should match up if you have integer scaling enabled. The scanline shaders that are most likely to work are all in the ‘misc’ directory, but they don’t have presets, so you’ll have to load them manually.

That is, go to the shader menu and where it says ‘shader passes 0’, increment it to 1 and it will unlock 3 more options. Where it says 'shader #0 N/A", you’ll navigate to the Cg shader you want to use. Once you find it, go up to the top and select ‘apply changes’.

Are you using this build on PS3 and able to get shaders to work? I have my video set on the default Core Provided aspect ratio, integer scale off, which provides a maximum upscaled 4:3 image. I’ve tried setting integer scaling enabled, which reduces the size of the 4:3 scaling, unless you set a custom ratio, but then I can’t get it to be 4:3, only 1:1 or otherwise stretched.

But in either case, with integer scaling on or off, going to shaders, setting shader passes to 1, selecting a shader (any shader), but I’ll use scanline.cg, in this case, and then applying changes, does nothing. No manual application of shaders, no presets, nothing works. It’s not even that they don’t match up. They don’t show up in either 1.7.0 or 1.7.1, as far as I can tell, but I don’t know if that’s an issue with the version, or something on my end.

What didn’t match were any of the overlays in the Onscreen Display menu. I tried those, as well, at different resolutions, integer scaling on and off, and with any of them, there were either way too many lines for the original number of pixels, or if they had the right amount, they were close to matching many lines, but off on just as many others, running trough rows rather than between them.

I tested using Sega CD, NES, GBA, and SNES, no luck getting any right. If you’re using this build, and shaders do work for you, I’d love to know. It looks as though at least one other person ran into the same problem.

Can you reupload it to another server? Only premium users can download from this one… Thanks

Well, I think I figured out a good balance between sharpness and blurriness for super-xbr-small-details shaders.

What’s in this update (some parameter changes):

I like to test on PS3, so, here an update for Retroarch 1.0.0.2 (the latest that supports multiple shaders):

Hey, good to hear from you, and I’m glad you’re still plugging away at xBR!

Yeah. If you don’t mind, would you change a parameter on retroarch shader repo for me? I’d like to change the parameter XBR_EDGE_STR to value 3.5 in all super-xbr-small-details passes. It’s a minor change that will fix many artifacts, mainly related to dithering and other small details. This will preserve tiny fonts too.

I think I got it right now. New version of shaders (v10). It preserves small pixel details and don’t touch dithering. 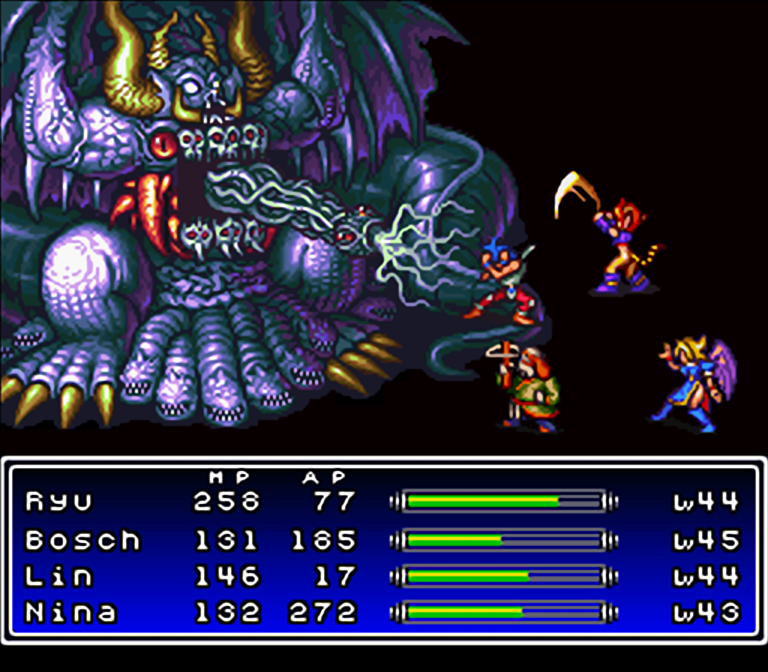 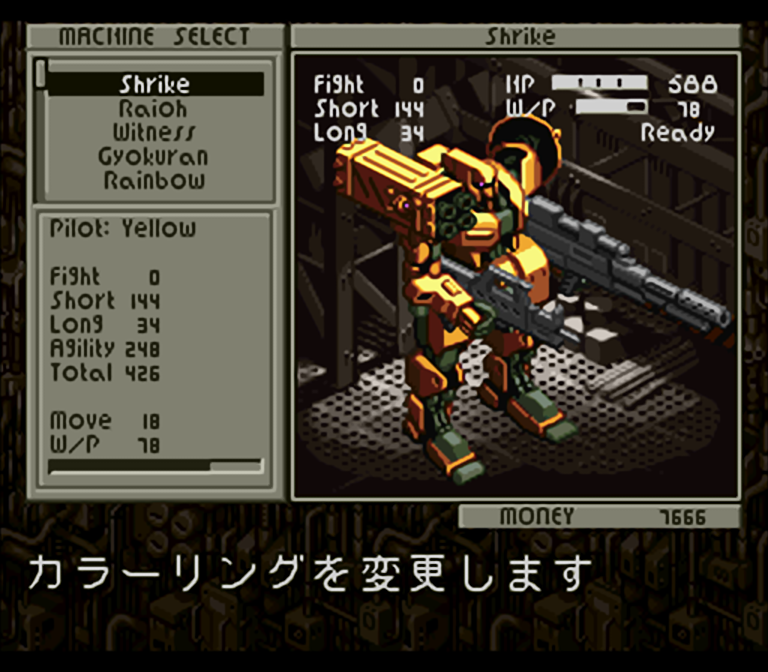 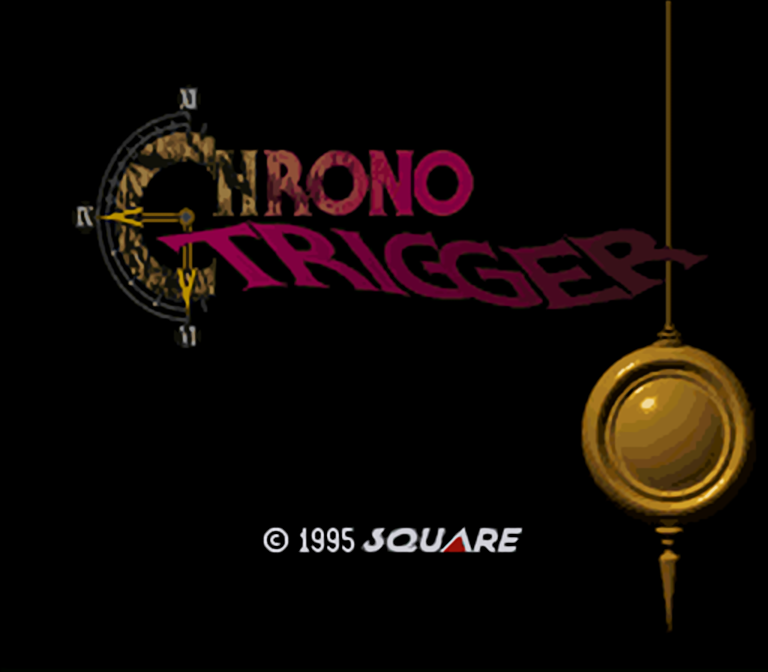 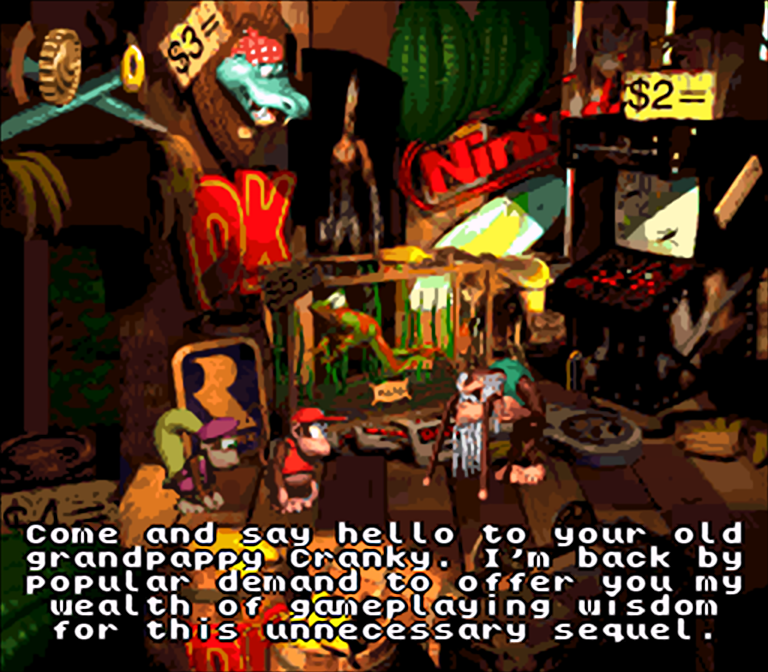 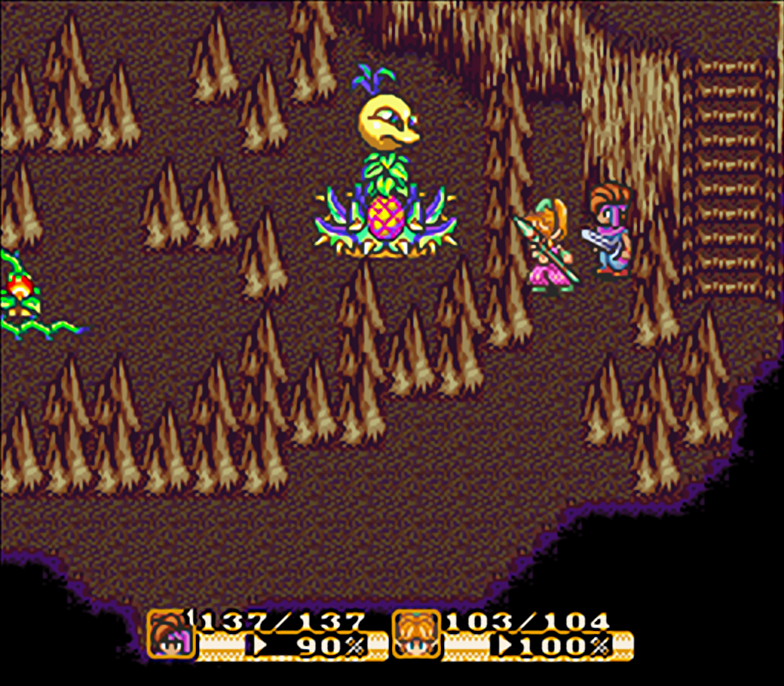 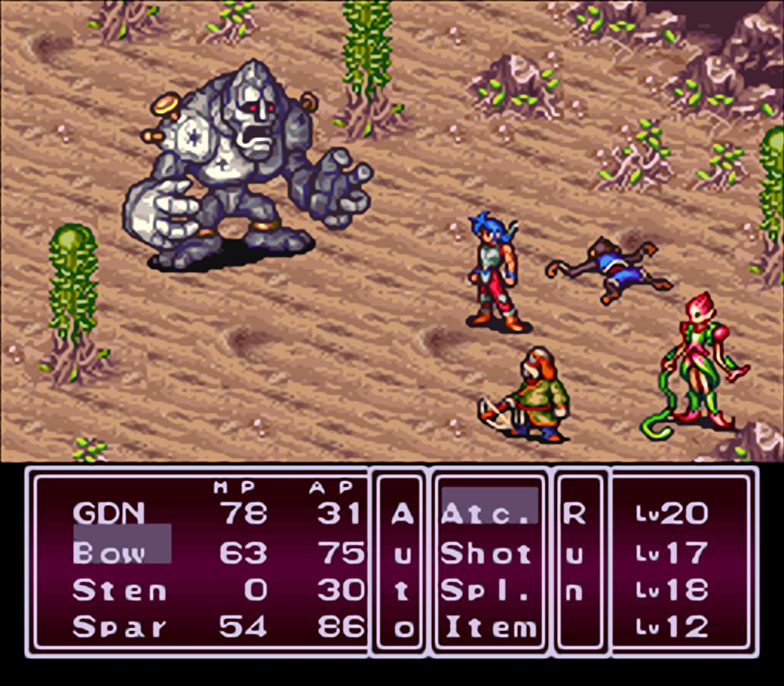 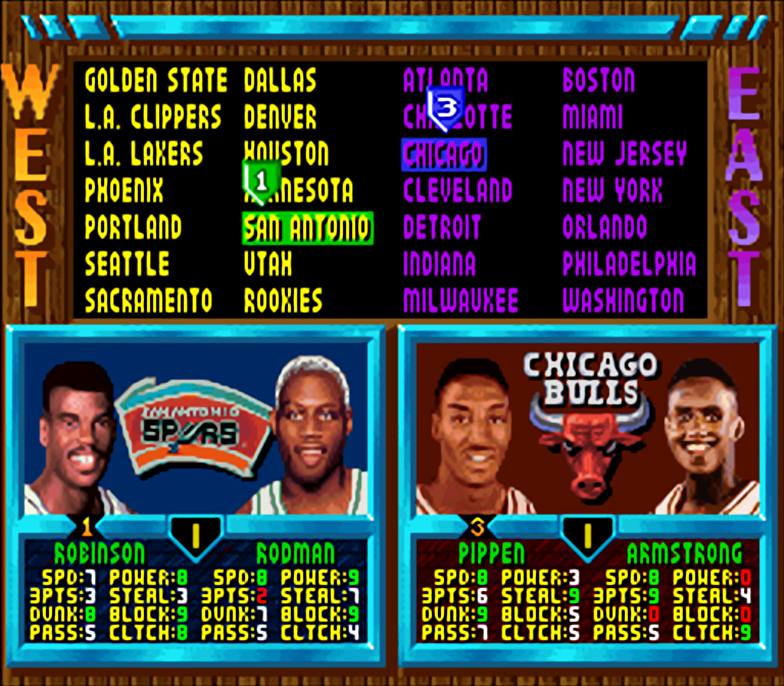 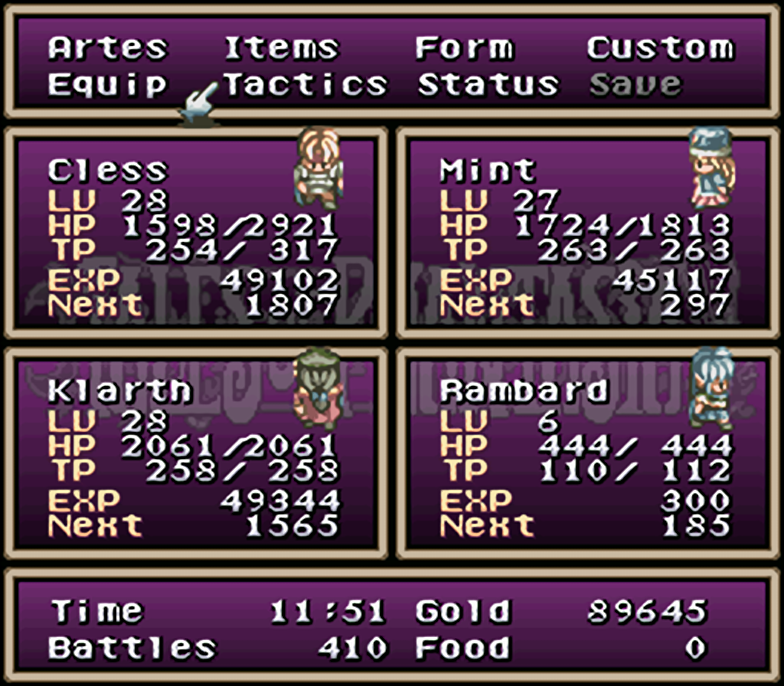 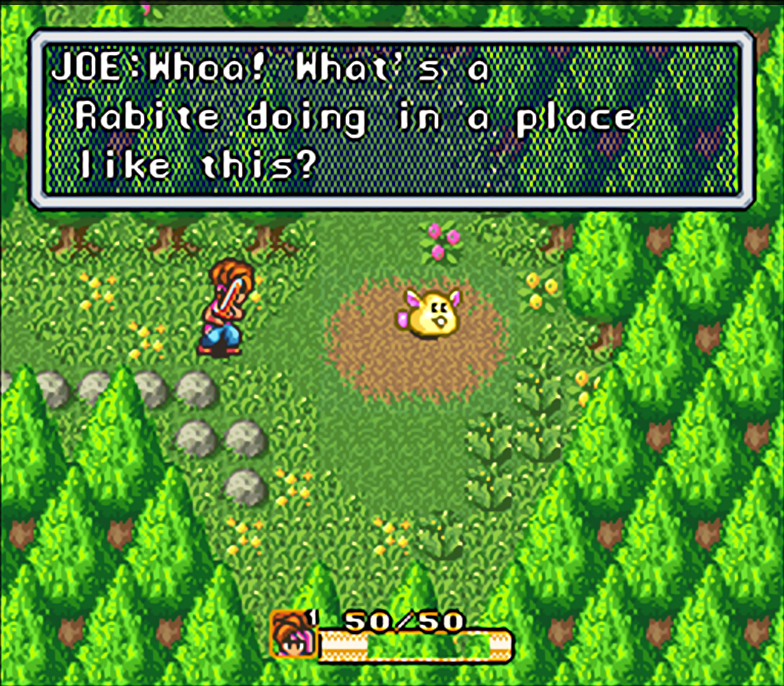 I unfortunately can’t add anything to the repos at the moment, as I lost access to everything during the hack and haven’t had it restored, and the PRs I’ve sent sit unmerged. I could probably send another one for the xBR changes, though.

Anyway, if you wanna reproduce these results on PC, you need to change some parameters and create others.

This is my preset of shaders, I use “super-xbr-3p-small-details-sharper.cgp” inside that zip:

You just have to change and/or create parameters to get these results. Unfortunately, my PC is very old and don’t run slang shaders yet.