Shaders to use on a CRT monitor?

I’m thinking about buying a CRT monitor, because no matter how good and accurate the shaders look, the LCD can never emulate that shiny fluorescent look of the CRT. But I’m not sure if the monitor will work the way I want (https://www.youtube.com/watch?v=W86eYfO2nac), do you CRT monitor owners use CRT-shaders (like easymode, lottes, etc.) to make the image more TV-like? Does it work?

I’m asking because it’s really hard to find one of those fancy CRTs here in my country, I’ll probably get a regular early 2000s monitor.

On a 31khz CRT, you’ll want to use a custom modeline to drop the resolution down to the native “240p” rather than running as high of a resolution as the monitor can handle (e.g., 1024x768 or whatever). While that video is accurate insofar as the CRT monitor will not look like an old TV (due more to the dot pitch than the mask/grille type), it looks much, much better than an LCD and is more like what you would see on a Sony BVM monitor: 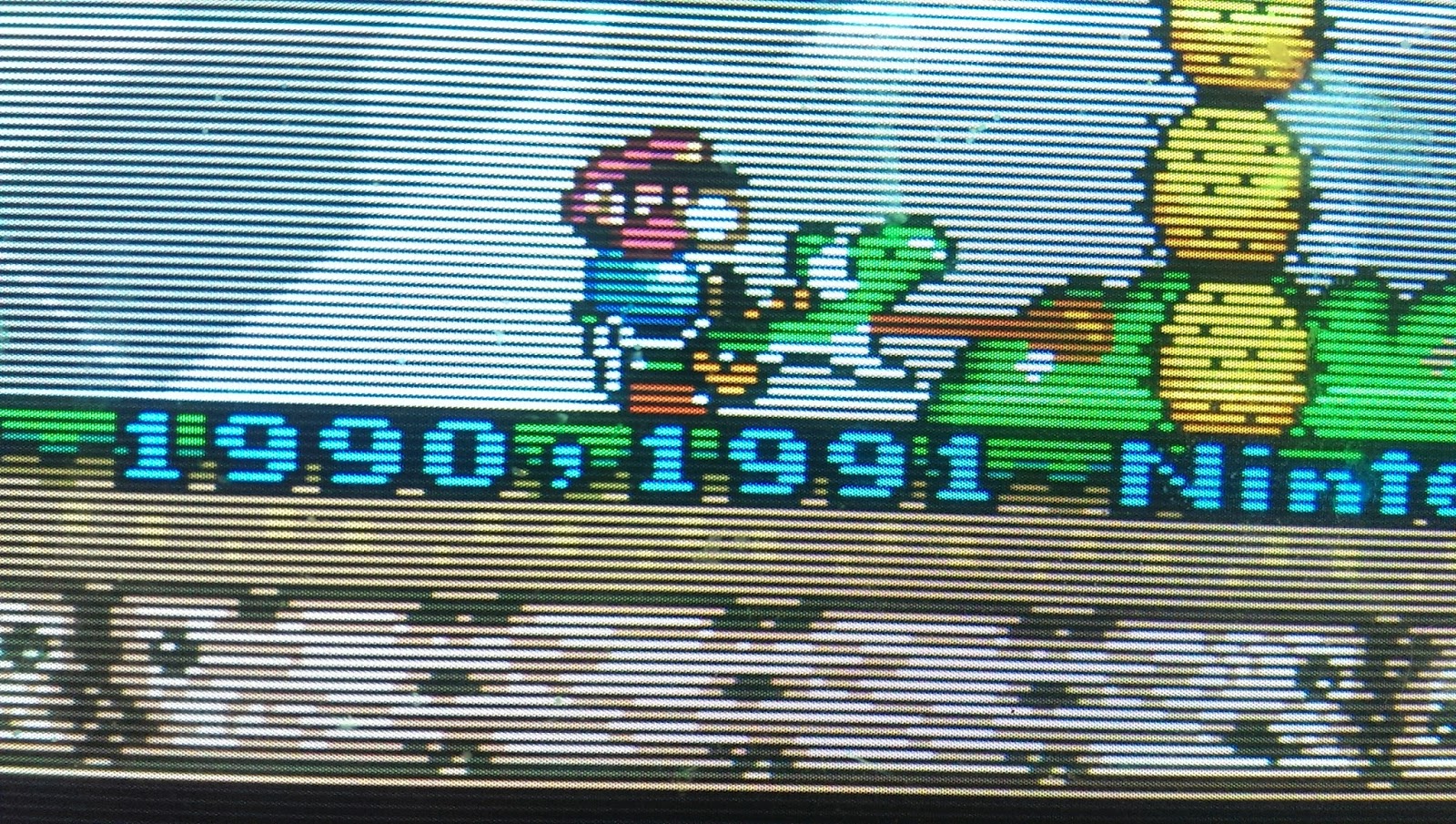 Running CRT shaders on an actual CRT never looks quite right because they are designed around LCD subpixels. There are a couple of shaders that are designed for use with 31khz CRTs, though, namely interlacing.cg, which lets you run at 480p without sacrificing the 240p scanline look and it also lets interlaced content work properly (interlacing won’t work with a 240p modeline), and tvouttweaks.cg, which includes a number of options for blending (fixes pseudo-transparency/dithering effects) and simulation of composite connection colors. Monroe88 has made some great cgp presets using these shaders.

I’ve read about the 240p trick before, but seeing that SMW image, it looks really good! It seems like interlacing and tvouttweaks will do the job, thanks for the help!

Just got my CRT for free, lol. The PC repair guy didn’t want it. This looks awesome… how did you achive it? 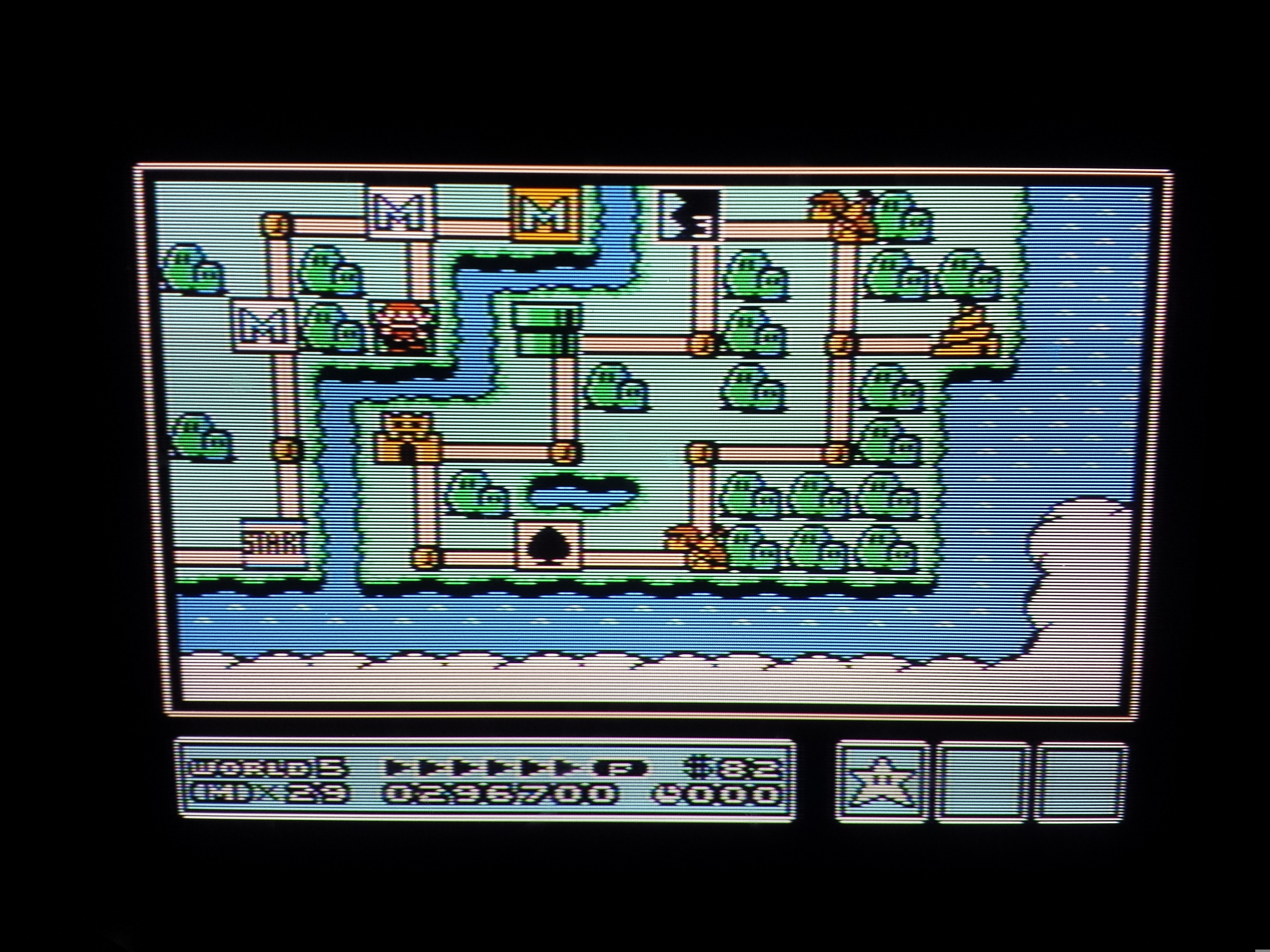 When you say “CRT Monitor” do you mean like a VGA-input computer monitor from the 90s?

Or an old ‘square-tv’ (to use the modern vernacular of the lamen) that we would have plugged the hardware into back in the day?

Those shots are from 31khz CRT monitors (VGA-input from the 90s). They’re capable of showing high-res content but in this case we force them to run in a low-res mode that’s similar to a “box TV” but with the monitor’s super-high dot pitch (that is, the little RGB phosphors are really small) so details are very sharp and defined.

I think my monitor died, it only shows a blinking light and it doesn’t make that weird electric/magnetic effect when turned on. I guess I’ll have to get another one.

Here’s how I did it: http://emulation.gametechwiki.com/index.php/Display_FAQ#240p.2F480i

X0 that sucks. Luckily, those monitors are still cheap and plentiful.