The discussion started somewhere else* but I think the topic is interesting enough to have its own thread so here we go.

So I might have found a way to convert Saturn saves from any emulator format into any other. It worked when I needed to export my old SSF saves for Beetle and Yabasanshiro. I have also noticed that all yabause (and its forks) saves contain the seemingly random ÿ characters. It appears to be part of yabause’s saving system. ÿabause

Now the way I see it, all Saturn actual saves are the same. They are those little (a mere few kb) .bin files that you can find inside SSF backup folders. Other emus store that little file in a… let’s call it ‘container’ (.srm, .bcr, .bkr, etc) and it seems like the SS Save Parser can load them all. So my idea, in short, is to load the container in the parser, then insert the previously extracted actual save, overwrite and save that new file. Hopefully cluster size won’t be an issue. Doing so with a Kronos save, I get a 64kb srm which I think should work, but as long as Kronos doesn’t load its own saves (and according to BarbuDreadMon’s findings it doesn’t) I can’t test it.

More relevant information on this topic

I disabled the external memory cart stuff because i wanted to force the 4MB Extended RAM cartridge for ease of use (~40 games need this stuff, see https://segaretro.org/Extended_RAM_Cartridge). However, the internal memory should be 32kb indeed, i’ll look at this stuff.

Internal memory + 4mb ram cart sounds like a great idea. I tried opening a Kronos srm with notepad to see if I could find any clues, and this is what I got (I will post only a few lines) [srm1] Notice the ÿ characters, which probably shouldn’t be there. Removing them results in this, which makes more sense and actually makes the file 32kb in size. Which apparently makes sense too. [srm2] I hope this helps.

It seems there are several issues with the saves : while they are saved into the srm files, it doesn’t seem they are loaded when you restart the game, save implementation might be wrong in the libretro port (it works in standalone version though) the ÿ is indeed weird, seems like they are “FF” (hexadecimal) inserted between each characters, the content might be close/identical to mednafen’s if we manage to remove them. Edit : actually, i think Kronos save format might be the same as ssf save …

This simple guide will show you how to convert Sega Saturn saves (from SSF emulator) to Retroarch, I gathered some info here and there here in the forums and as it was really useful for me, it probably will be useful for you too. First, download Sega Saturn RAM Backup Parser here: Once you download and open the EXE: [Explore aorin1] 1 - Click in Insert, 2 - Select your SSF save file, my saves were stored in the External Backup Folder because in game I usually chose the cartridge, but I also…

Just tried it. It didn’t load the srm that I cooked. Bummer. When the core gets fixed, we shall find a way!

So fast, and lots of good news! You are great, man. I will try now with the new version.

Yeah, we can only thank you, seeing support for a Saturn emulator is really rare. @BarbuDreadMon, please let me know if you manage to convert import saves from Mednafen Saturn, thanks!

I’ll wait for @Squalo’s report. If mednafen’s saves work by inserting the FF everywhere and cutting in half, i’ll try to implement something to detect and automaticaly convert mednafen’s save files.

Thanks to the great work of BarbuDreadMon and hitomi2500 (the person that made the save manager), the method I was trying yesterday works, as expected. We can now transfer saves between all Saturn major emulators with the save parser. Potentially different file I/O modes and cluster sizes don’t seem to be an issue in the end.

aorin, you have to do the following:

-Set Kronos to save per game.

-Click ‘load’, find your .bcr (external cart) or .bkr (internal memory) file, leave the mode/cluster size alone and ‘ok’ that window. Extract the save wherever you like. Note that it is important to know whether the game was saved internally or externally. When Beetle’s cart config is set to auto it will produce both a bcr and a bkr; only one of them should contain useful data.

-Load a Kronos .ram file. You can create one by simply playing a game on Kronos.

-Insert the save you extracted before and overwrite the one Kronos created, if there’s one. Save this new file using the same name that Kronos gave you and voilà.

If I come up with a faster/simpler method I will post it here. The ‘FF-everywhere + cutting in half’ way would be even worse haha

I’ll wait for @Squalo’s report. If mednafen’s saves work by inserting the FF everywhere and cutting in half, i’ll try to implement something to detect and automaticaly convert mednafen’s save files.

Edited to correct a few things.

Ok, the third party tool seems convenient enough, and as far as i understand we are still not sure the ‘FF-everywhere + cutting in half’ way is working, so i guess i won’t try anything else for now.

Thanks for the report !

No we are not sure, and I hope we will not have to go that way. Thank you, man!

An update: some saves work great, others not at all. And I think I know why, the problem is neither the method nor the emulator. Thing is (I believe) that many of my saves were stored originally in a simulated external data cartridge, so some games expect to read there. That wasn’t a problem on Beetle but Kronos doesn’t support those carts, for reasons already stated by Barbu (can I call you that? Your name is too long :P), and with which I agree (in fact, I’m configuring Beetle in the same way: force the 4mb RAM cart and always save in internal memory).

I will try to transfer them to the internal memory using the Saturn bios on another emulator, re-save the game via emulated Saturn and continue from there.

I’ve managed to transfer the Mednafen Saturn to Kronos, which was originally imported from a SSF save from years ago, for Shining Force 3. Kronos shows a lot its Yabause roots, Shining Force 3 has a lot of glitches in any Yabause ports, broken character cursor, missing magic aura, missing magic effects or broken in general. Sound is off half the time, the sound effects aren’t reproduced correctly.

What I like in this core is the upscale options, which is interesting, but I still like the original resolution with a nice scanline shader.

Kronos outperforms Mednafen Saturn, I can run this game much faster with frameskip ON, which is really good for a turn based strategy game. Since Mednafen is totally emulated via software, it is still a CPU eater.

Save States are broken, trying to save/load breaks the emulator, it also totally broke the video output when pressing F for Windowed mode, turning it full screen again won’t do anything and clicking this window will terminate the process.

I know it’s really early and I think this core has a lot to offer in the near future. I’ll keep my eye on it and I’m glad a developer for a Saturn emulator is here to help us with simple stuff, like importing saves from other emulator. Which is really great!

Another update: actually it’s not that the games were looking for the save in an external cart. Some games still refuse to load their saves, BarbuDreadMon. Even if they were produced by Kronos itself. This was driving me crazy, it didn’t make sense. So it’s either the emulator or the core. I haven’t tried Kronos standalone, but Yabasanshiro saves/load ok. Two games that have this problem (there are probable many more) are The Legend of Oasis and Panzer Dragoon Zwei, both USA.

Seems to happen in standalone too, i reported the issue. Interesting fact : the save is shown when in game and you are trying to save again.

Save States are broken, trying to save/load breaks the emulator, it also totally broke the video output when pressing F for Windowed mode, turning it full screen again won’t do anything and clicking this window will terminate the process.

The issue with toggling fullscreen is known, however it’s not easy to fix, afaik even reicast is still suffering from the same issue when using the oit renderer (and we are nowhere near the amount of time flyinghead spent working on reicast), i think it’s related to the use of compute shaders. Right now there are more urgent things to deal with.

I did some changes to kronos, now you can select cart from core options, with an “auto” setting that will try to select the best cart on a per-game basis, and default to external backup cartridge 512k if no particular setting is needed by the game. The main reason for this change is that some games won’t boot with the 4M extended ram cartridge, they work exclusively with the 1M version (mainly SNK titles it seems).

As a side effect, i noticed Legend of Oasis’s saves work with the external cartridge, however the size of the generated file for external cartridge is twice the size it should be (again), it might mean that internal memory is somehow not working because it’s not twice the size, and old yabause was somehow forcing the size to 64k because it was aware of this, i’ll do some tests later.

I’m going to try stick to the plan of saving per game and internally because that makes it easier to keep track of all the saves, specially considering that at the moment I’m using 4 different Saturn emulators. Not being sure which games were in the cart and which ones internal was a bit of a pain. But what you did sounds great, it’s the most compatible solution. Beetle does it the same way. Good to know Oasis is working. Probably many games that ‘require’ the external cart will be save-able now too. I will try Panzer Zwei.

Update: Panzer Zwei and Oasis still can’t ‘see’ the saves I inserted, neither in shared_bup nor in ext512k. And by the way, shouldn’t shared_bup.ram be 512kb instead of 32?

It’s the internal when not using the per-game setting, so no. External are always per-game btw.

Most likely an issue when you insert it to a “double sized” external cart, Kronos is able to save/load its own external cart in those games though. I’ll look if the size is somehow fixable.

I see, got it. I am inserting the saves in ram files created by Kronos though, so the ‘container’ should be compatible right? One might think that the problem is in the way the save manager writes files, changing something that makes them unsuitable for Kronos, but many other games worked

I have been reading a lot of your posts lately and I know you would not be doing this if it wasn’t more or less important/interesting for the core, RA and yourself, but I still really appreciate it : )

The guy that developed the game parser is obviously familiar with the way Saturn saves work… we could maybe try to contact him. 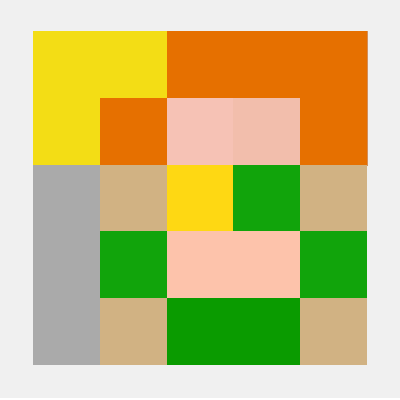 Parser for Sega Saturn images of various save media. - hitomi2500/ss-save-parser

Okay, here goes nothing. I'm publishing a public beta of a Sega Saturn RAM backup parser. It is a PC Windows software. What it does? It can load/save...