As CRT’s are getting older and no new ones are being made, we are left facing a future of these fantastic displays dying out. As people on this forum well know, one avenue to help alleviate this issue is to reproduce them in the digital form. In order to do that we really need close up standardised shots of the CRTs that are still working.

This is a call out to everybody who owns a CRT to post photo’s of their displays here so that we can attempt to reproduce them for the future.

Ideally do this in a darkened room without any tilt in the camera with respect to the screen.

For all camera’s take a picture of a scene that is easily re-producable i.e opening scenes that are colourful so that developers can get to them quickly. Link from Legend of Zelda on SNES or Randi from Secret of Mana are good but it doesn’t matter what as long as its colourful and detailed.

Open the photo on your phone and then zoom in and take a screenshot and then post the screenshot here. When you post below, tag underneath the photo as much detail on the settings used.

Please spread the word where ever you can so that hopefully we can get as wide a range of displays as possible.

Many thanks in advance!

I’ll try to get some shots of my slotmask display later with Mister over component. (I’ll just add them to this post in the thread as to not clutter it.)

@MajorPainTheCactus So my camera app is lame and I don’t have a 5k white balance option.

Do you want me to just go for 5.5k on the white balance or go to 4k? 5.5k makes more sense to me as the jump is smaller.

No worries do whatever is nearest - probably the key is just noting the settings below the picture and then we can alter images ourselves according to needs. Thanks for doing this!!! 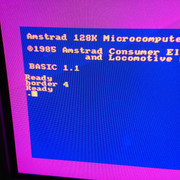 I’m going to wait until tonight to take those as my CRT has a window directly across from it.

So far this is what my settings are looking like:

Greatly appreciated! Would it be possible to get it straight on and close up and of something a bit more colourful (if possible)? Like the example images - it’s just it would be difficult to recreate the phosphor and beam shapes from this picture. But again it’s greatly appreciated.

It doesn’t have to be a SNES but it also doesn’t matter if it’s scaled as we’re after how the screen behaves. It just needs to be straight on and something that shows how the three different beams (RGB) behave as they go across the screen i.e something with red green and blue and it transitioning between lights and darks of those colours in a small area of the screen.

Still have this, not so good quality. Not taken with any specific settings, just auto camera of the phone.

Check this out, I think it’s what you need. 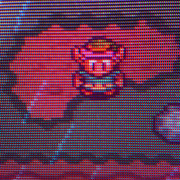 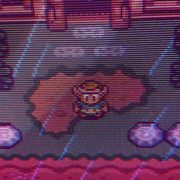 Thank you @DariusG! These are much better! So I’m trying to understand what’s going on in these photo’s - is your Sony KV14LM1E really showing the Legend of Zelda that red? Your 240 Test Suite image doesn’t seem to have that skew to red in it?

I see you’re taking the photos with a Sony XZ1 - can you try putting the camera into ‘Manual’ mode and set the settings to those in my first post i.e ISO 100, shutter speed 1/60, White Balance 5000/Auto and then put your zoom right up? Also if could try not to have any tilt to the camera with respect to the screen. Sorry for all the bother - I didn’t realise there were so many Android camera apps.

No it’s more cool in reality, but could be a bit red due to my crappy handmade cable (much cooler if I connect it with Nintendo Wii RGB, the other shot is from Nintendo Wii).

Thanks for sharing the infos of your camera too, maybe I’ll be able to finally take good pictures with my phone replicating your options

@MajorPainTheCactus My pics are going to be on hold for a minute, I don’t think my phone’s camera can handle it. So I’ll have to ask a friend or something.

I am REALLY interested in seeing both of those. The Bang & Olufsen is funnily enough the TV I’m trying to simulate at the moment!

Good evening! So today I had a bit of spare time being in isolation due to COVID (we’re all fine!) and decided to rework my shader to also support slot and shadow masks (I’m keeping the shader separate still) This is my first attempt and I think its looking pretty good so far! Note that the CRT photo is a from a friend who I think used his iPhone and so will be using all sorts of settings and post processing. You can see this in the clipping in the whites of his eyes etc. Also there seems to…

I’m really interested in seeing a standardised photo of this TV.

Want to see one from Commodore 1084S-P. Mine died years ago. I have that memory that pixels looked like tiny shields and I think resolution should be a bit higher than a normal TV.

The Commodore 1084 manual claims “640 lines in center” whatever that means.