Pretty sure this is just a two color mask on a 4K, looks great to me as long as you don’t zoom in.

You might try the black and white aperture grille with double phosphor width. @nfp0

I accidentally broke adaptive scanlines on N64Digital a few updates ago, already have them fixed and will get the update out tomorrow 🤡
1 Like
GPDP1 March 16, 2022, 7:12pm #2086

Mask 9 is magenta-green-black. It achieves 360 TVL without running into the subpixel issues of naive RGB tiling.

On a fun note, I recently got a 4K LG TV, and I was pretty excited about trying out some shaders on it. However, reality struck as I realized my dedicated Lakka PC’s Intel graphics cannot output 4K at 60 Hz, so I settled for 1080p and let the TV upscale. I was a bit frustrated at first, since this obviously will impact shader accuracy hugely, but I began messing around with crt-guest-advanced-fastest to see what would at least look passable. Mask 11 (red-yellow-cyan-blue) actually looked pretty good, but IMO the TVL is a bit low for my liking. Mask 6 looked alright and has the slightly higher TVL look I prefer, but it’s too dark. Just for fun, I then tried a custom cyan-magenta-yellow mask, and it almost worked (nice and bright, and has the target TVL), but I then noticed it looked like magenta-green up close. I realized this was likely due to the display’s BGR structure, so I reversed the mask order (yellow-magenta-cyan - though this can now be done within the shader’s parameters), and voila! Looks remarkably like RGB up close, and brighter than Mask 11 to boot. Of course, at the subpixel level it’s a bit of a mess, but I cannot tell at a distance, and interestingly enough, the TV’s upscaling may actually be helping me here. I don’t know what voodoo magic is at play, but it looks damn good considering the circumstances.

So yeah, if anyone is in a similar bind, maybe try this out. It’s pretty cool how well it worked out. I’ll see if I can take a pic and share it later.

I think the preset looks a bit better than the last time I saw it. That was before guest.r revamped deconvergence and a few other effects so it must have something to do with it.

The preset is for 2K 1440P so you can manually set your viewport to something like 1792x1344 or 1920x1440 first and make sure if you like the pattern. If you do, you can start messing around with different mask sizes to make it work for 4K. (integer scale required)

Tried your original one, but it seems you have a lot of black crush there, and also some weird artifacts. Do you also see this on your side? Tried your original one, but it seems you have a lot of black crush there, and also some weird artifacts. Do you also see this on your side?

When transferring an older preset to the newest version just save a new preset with the new version and then copy the parameter values into it (after the already existing stuff). Otherwise some things might not work as intended.

Here are the parameter values (for example) to copy and paste:

Mask 6 looked alright and has the slightly higher TVL look I prefer, but it’s too dark.

You can take a look at what you can do with Mask 6 at 1080p in these presets. There are several settings you can adjust to make things brighter, for example, Bloom, Mask Gamma, Mask Strength, Gamma, CRT Gamma - In, CRT Gamma Out and Post-CRT Brightness. A touch of Halation can also go a long way.

These were all designed and tested on a 4K LG TV.

Feel free to look at them as well @nfp0.

I’ll take a look. Thanks!

Still shows the same problems. I presume @crtJoe’s preset was already on the latest version.

But thanks for the help!

I presume @crtJoe’s preset was already on the latest version.

Yeah, but maybe with one difference which is causing the issues:

With this pass float_framebuffer changed to “true”. Without float framebuffer enabled there are issues like black crush and other artifacts.

That’s why it’s important to update the presets also, not only the shader files.

Ah makes sense! I’ll try it as soon as I can. Thank you!

Some people were asking why a black and white mask looks comparing an LG C1 Oled to the qn90a QLed. Here are two shots with the same shader settings. I could have better separation of phosphors if I upped the mask from 90 to 100. I like the colors more on the qn90a but they are close enough you could tweak the shader settings to be nearly identical and I wouldn’t be able to tell the difference. Which one is the OLED? Both look good.

OLED is the first one.

I thought so when I saw them. Notice how much more detail can be seen in the dark areas and of course in the bright areas the colors aren’t as oversaturated as on the LCD. So there’s your contrast advantage at play right there and it applies to everything. Add to that no blooming and light bleed and those are some of the features that make OLED special.

What settings are you using here? Looks good

@guest.r I recently posted some presets using your integrated integer scaling parameter but I noticed something when I load up any game that has interlacing in it, for some reason the screen crops off more picture than it normally would on non interlaced games. Here’s an example, the playstation start up screen with no integer scaling set to 0: 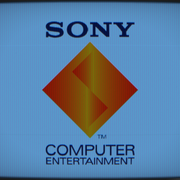 It’s normal and the way it’s suppose to look but then I switch it to 3 and it looks like this: 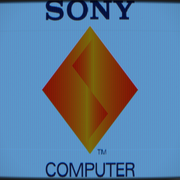 It’s as if the image gets cropped vertically twice over or something. Same thing when I switch to 4: 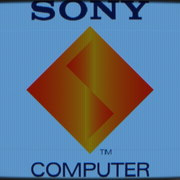 Is that how the integer scale settings 3 and 4 suppose to look on interlaced content?

Yeah, each vertical resolution is processed differently with integer scaling. The greater it gets, more chance for loosing too much lines or get too much cropping. Bigger display resolution helps a lot here.

But it’s a nice idea to disable integer scaling with laced screens, it’s not this hard to implement.

I see, everything is mathematics and numbers when it comes to this. And yes that idea you suggested would be great, I was going crazy trying to figure out why the screen was stretching so much lol

Nice, let me check this out right quick.