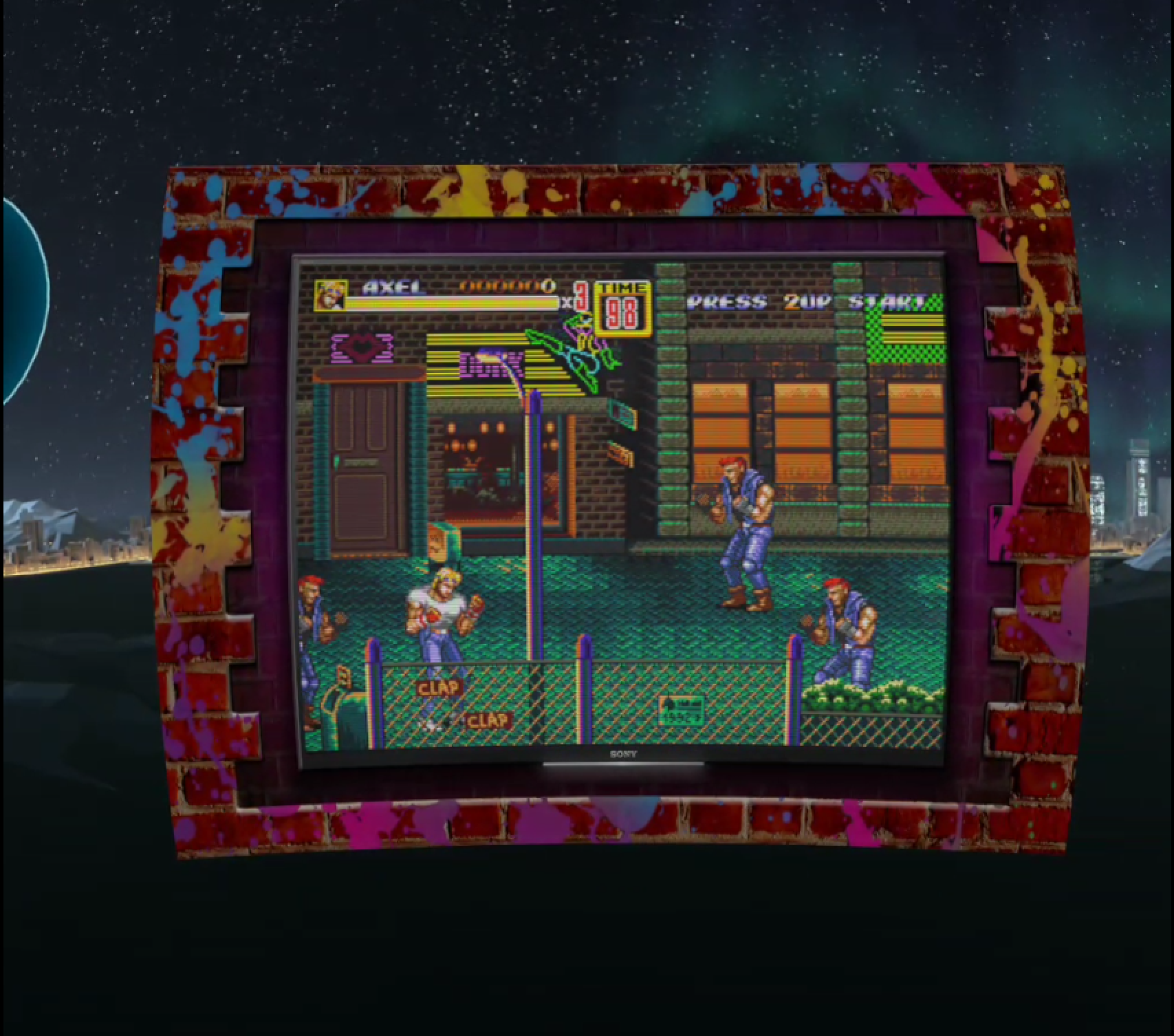 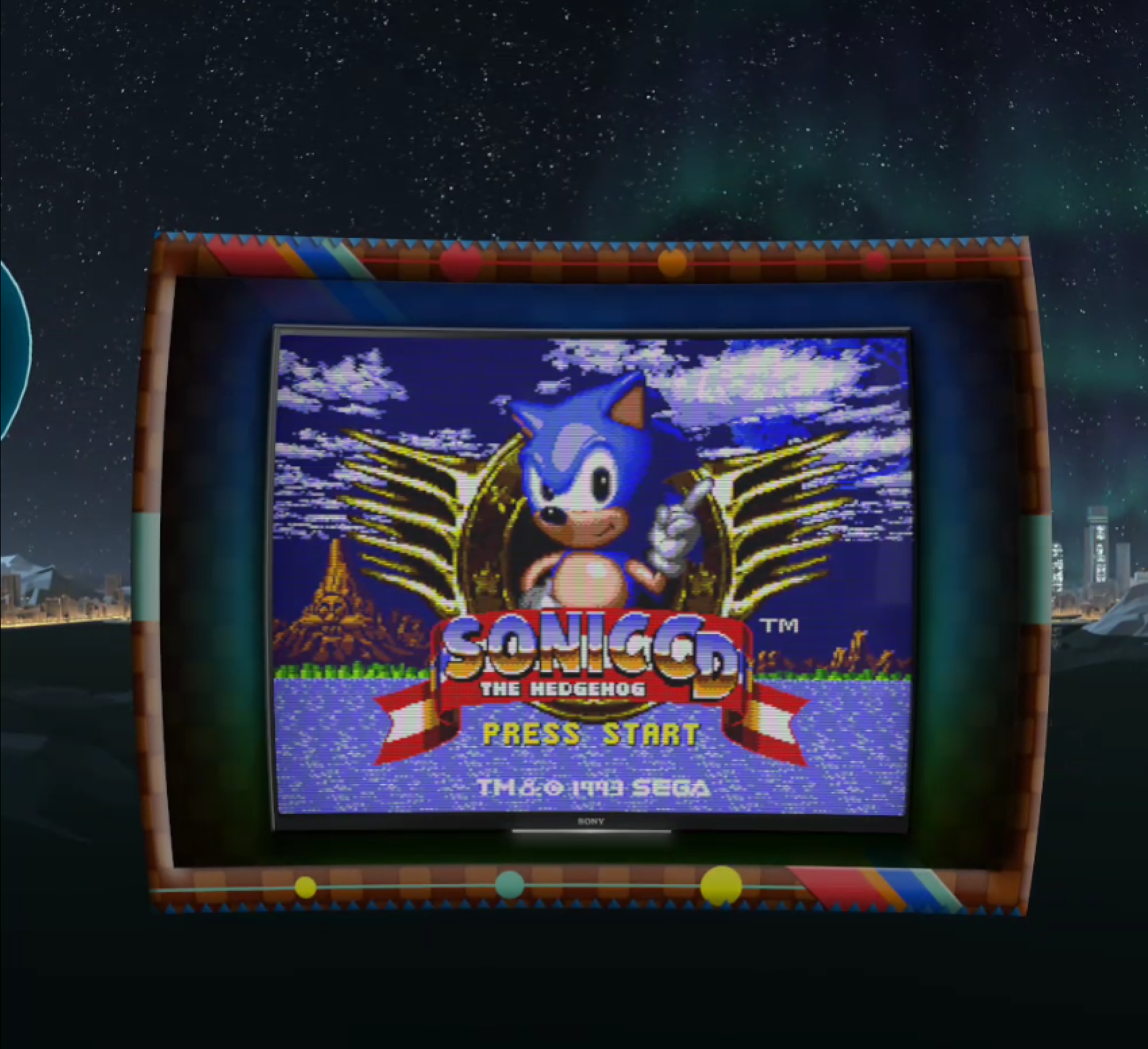 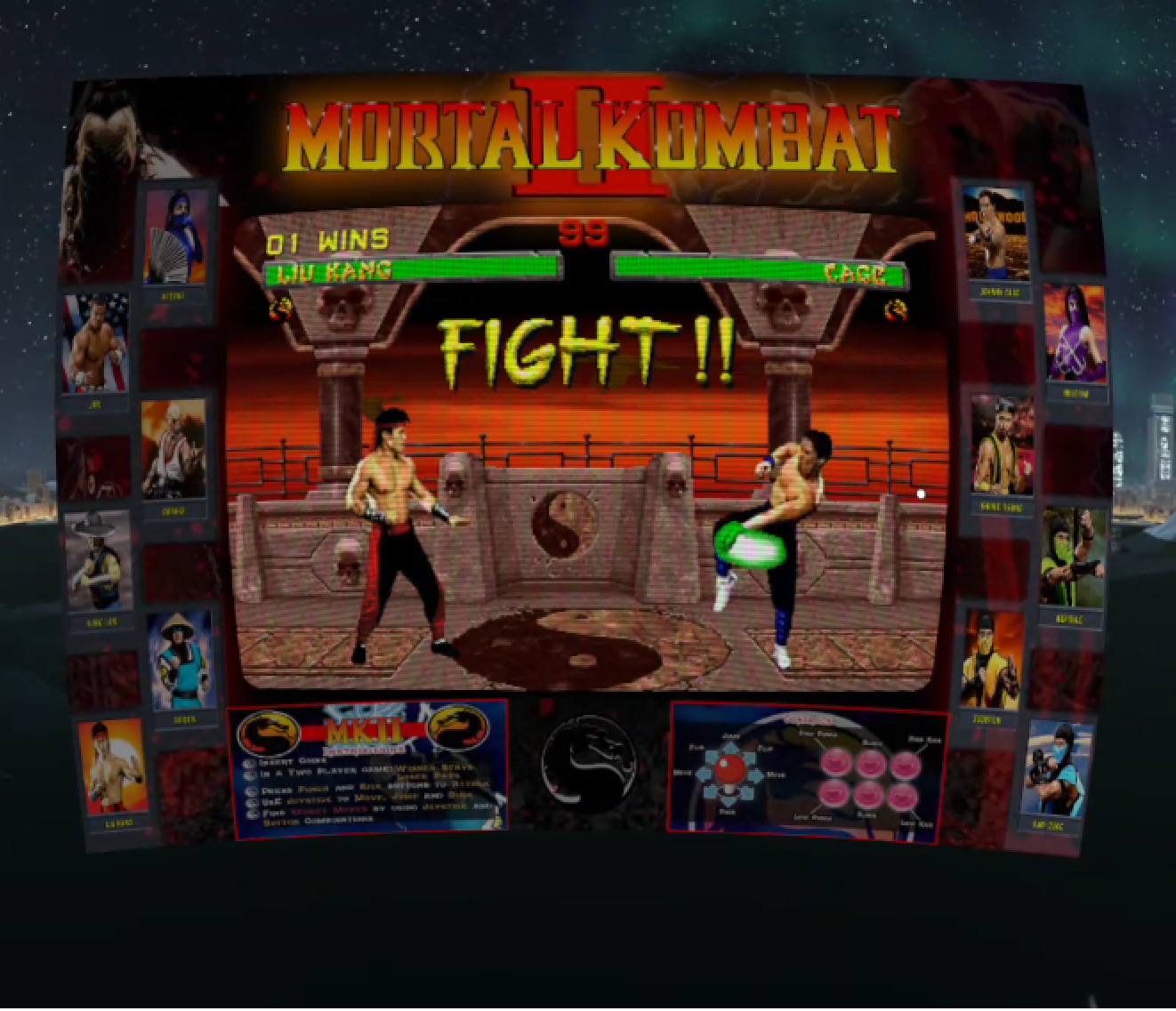 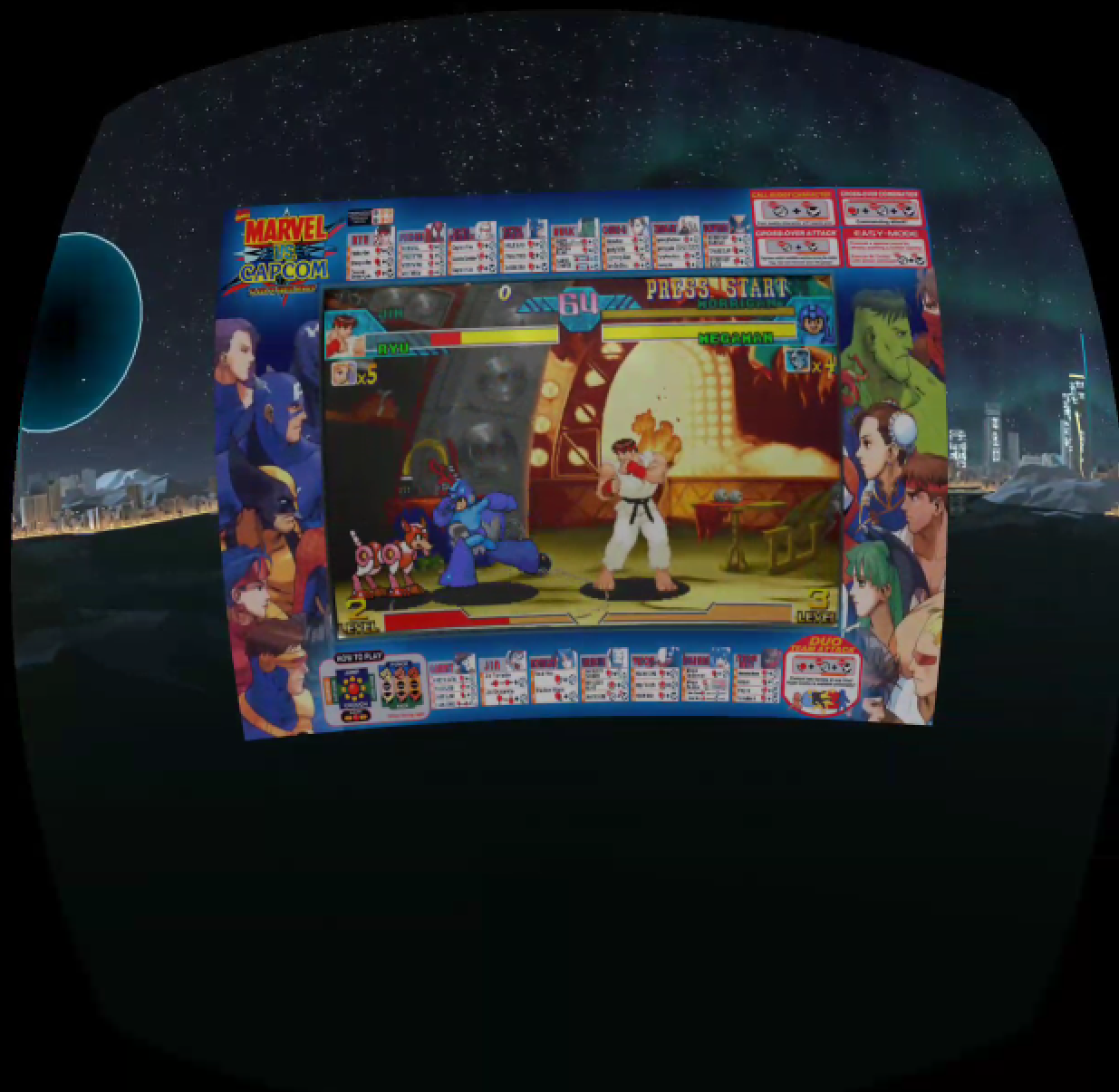 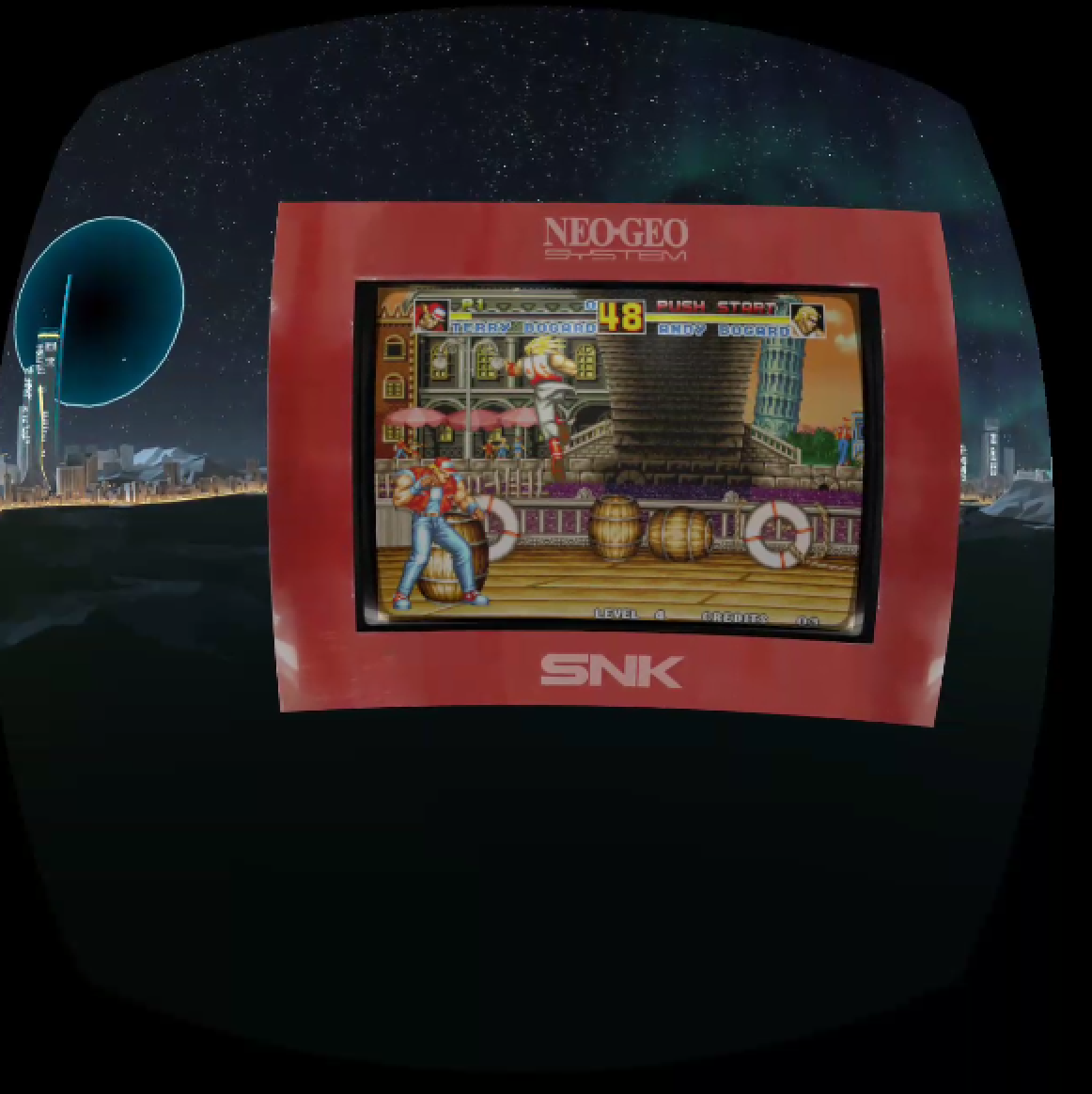 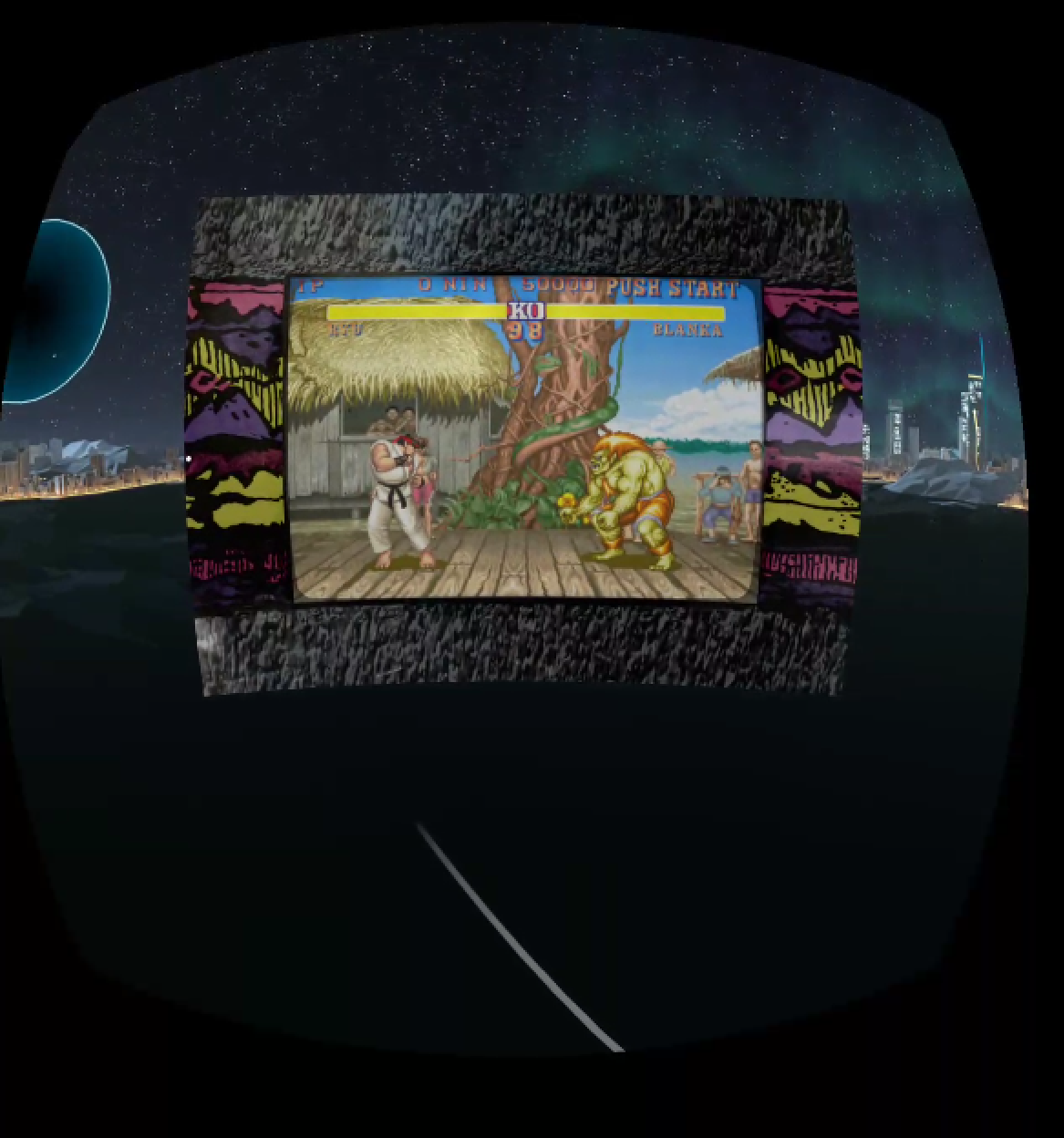 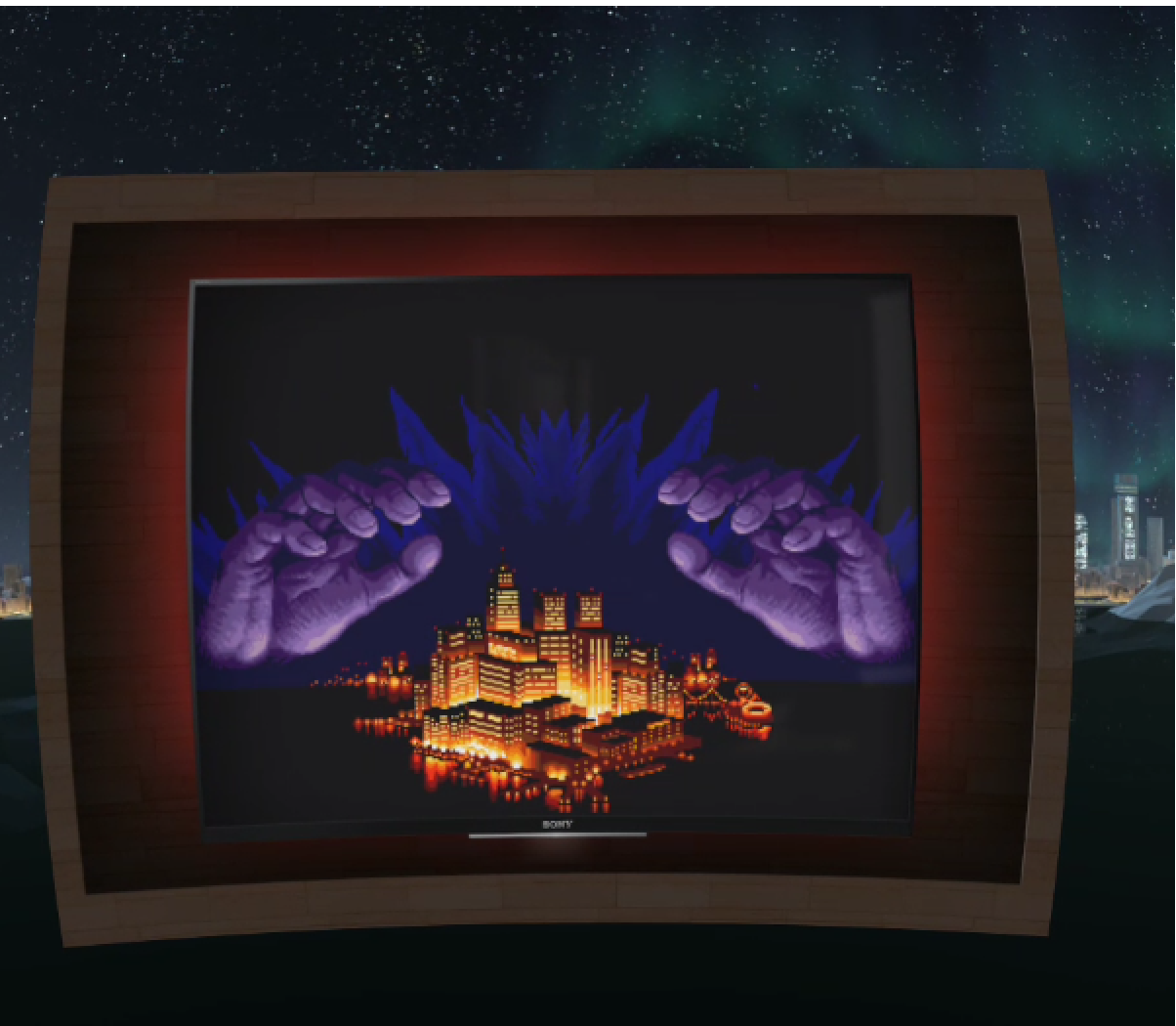 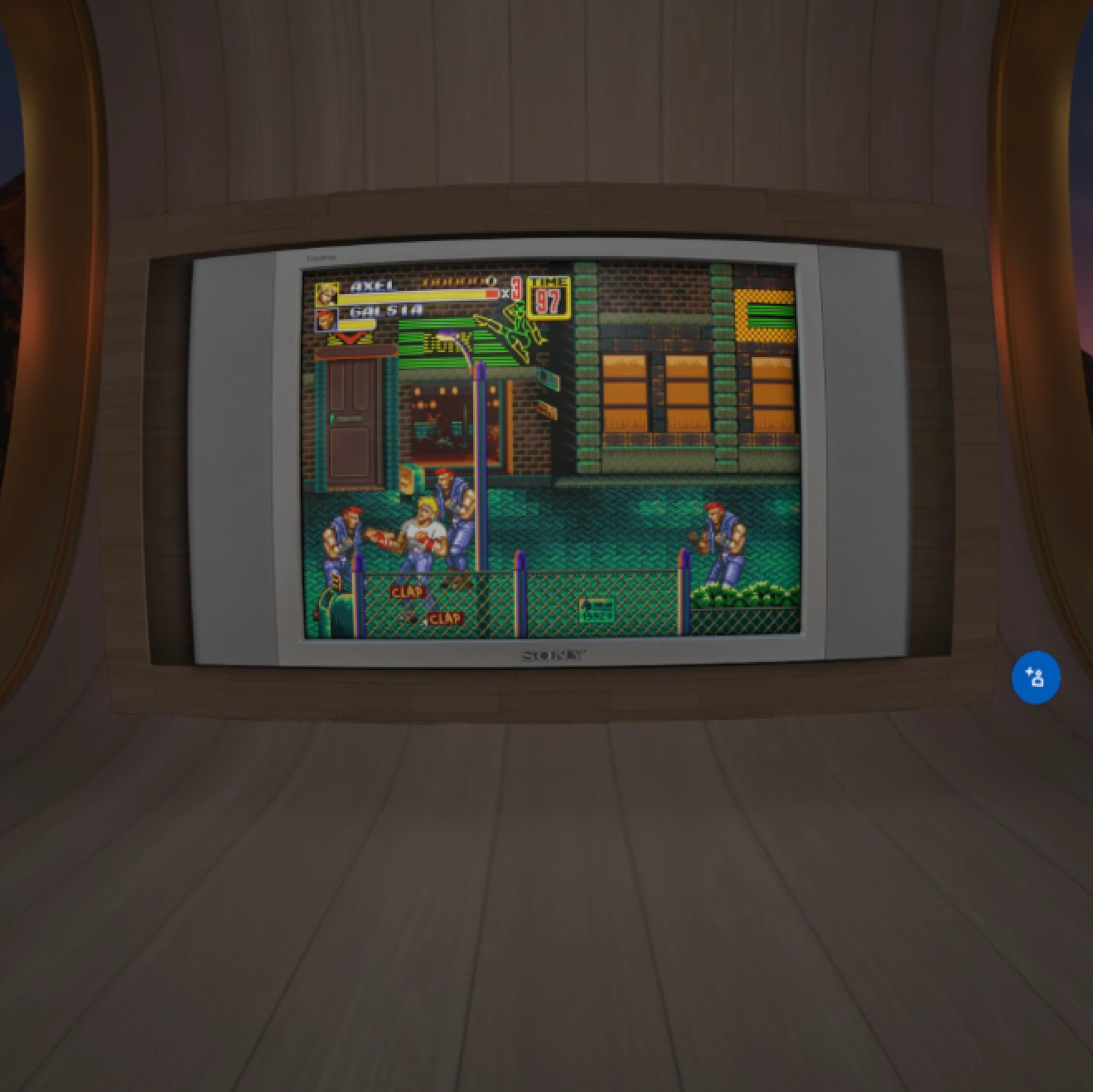 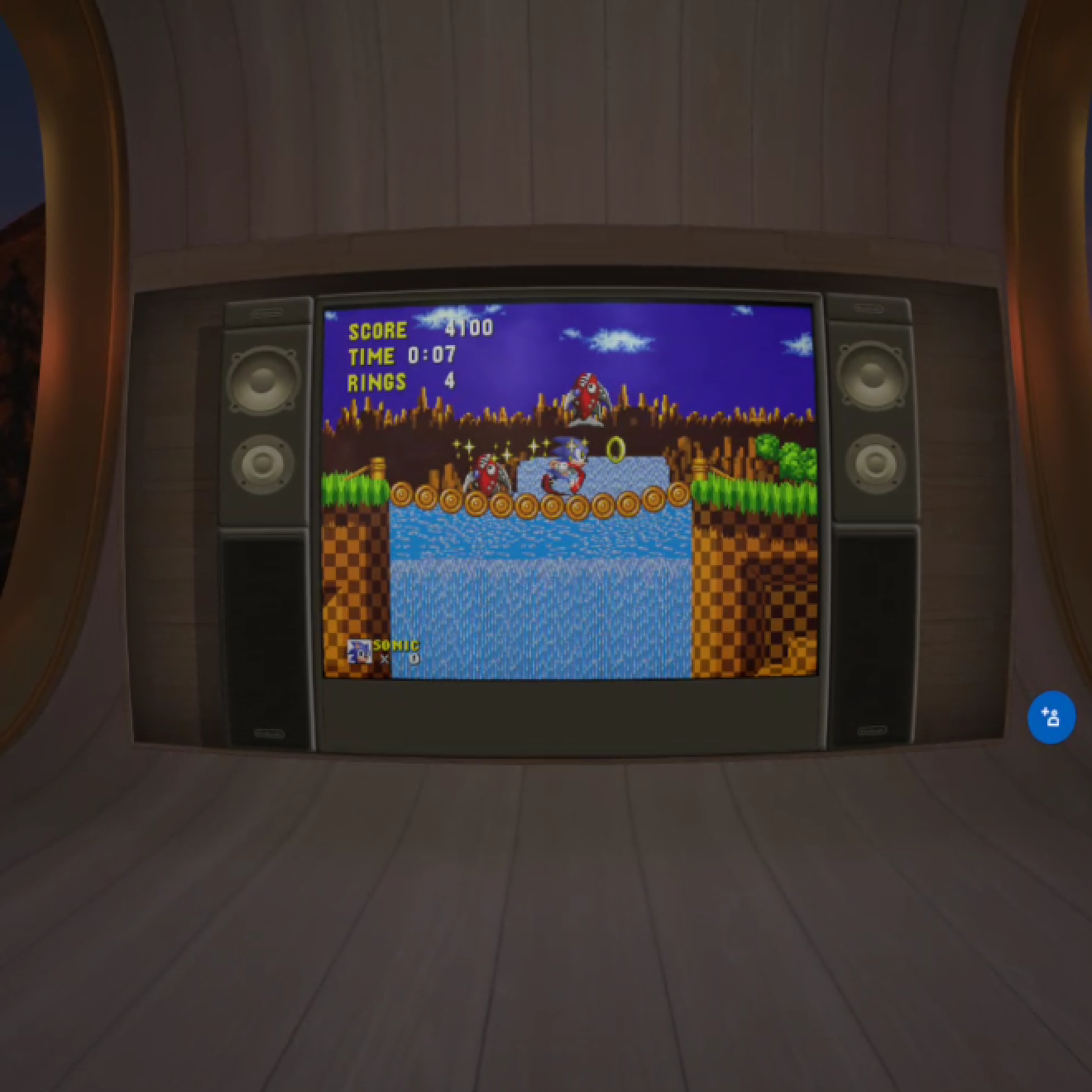 Here is a customized version of RetroArch; compiled from source equipped with a number of awesome themes(Bezels/borders) made especially for the Oculus Go, Oculus Quest and Android TV.

Oculus ver gives you an “Arcade like experience” in 1 of 15 Oculus Home environments using RetroArchAir.apk +1 Living room like experience with the OculusTV.apk while the AndroidTV version converts your home TV into a 4:3 aspect ratio Sony Trinitron TV (2 themes)

3do - Require adb shell command for full speed. Use:

No new arcade bezels yet but, for you SEGA fans…

And just an FYI, some games such as MK; you need to go into options and enable 6-button gamepad

Looks more polished than before.

Well after many releases (sorry about that…) and tiring nights… I’ve finally got a build out that looks like it was designed in the spirit of the Oculus Go; just put on the Go and jump into an Arcade!! You all should upgrade to this build as by comparison, previous release would be considered alpha builds.

No need to uninstall Retroarchair.apk and RetroArchTV.apk on upgrades, they will remain unchanged and previous versions of RetropArch can be uninstalled with;

RetroArch, Gyro Joe, OculusGoDude, Hunterk for making the Home Theater theme and UDb23 for Marvel vs Capcom assets and Orionsangel for Realistic Arcade assets (love them, may port more of his in the future, see his channel below) 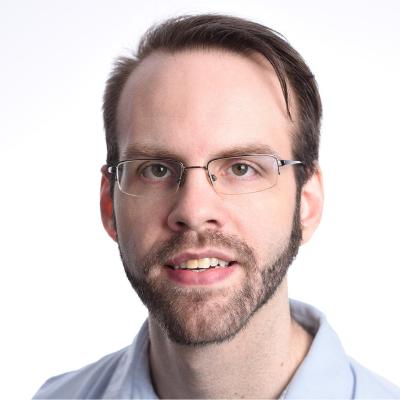 I made a slang shader that mimics some of the effects/borders available on the SNES Mini (in your video settings, aspect ratio needs to be 16:9, integer scale OFF): https://www.mediafire.com/file/yggrh9iiu4437ij/mini-border-shader.zip You can cycle through the borders using the ‘Background’ runtime parameter. The first 2 use the average color of the screen to make the glow effect match the game. You can also toggle scanlines (on by default; I used a non-integer scale-friendly scanline algo) and …

New Overlays for Marvel vs Capcom

2 newly created 1080p overlays for Marvel vs Capcom (Retroarch default video settings, max game area) @meleu requested the one with moves and instructions (based on artwork from Mr Do's mame website); and I did one more with main characters. ...

Awesome stuff Orion! Quick question; how do you decide in which games you use the one next to the other arcades bg, and the arcades far in the back bg? 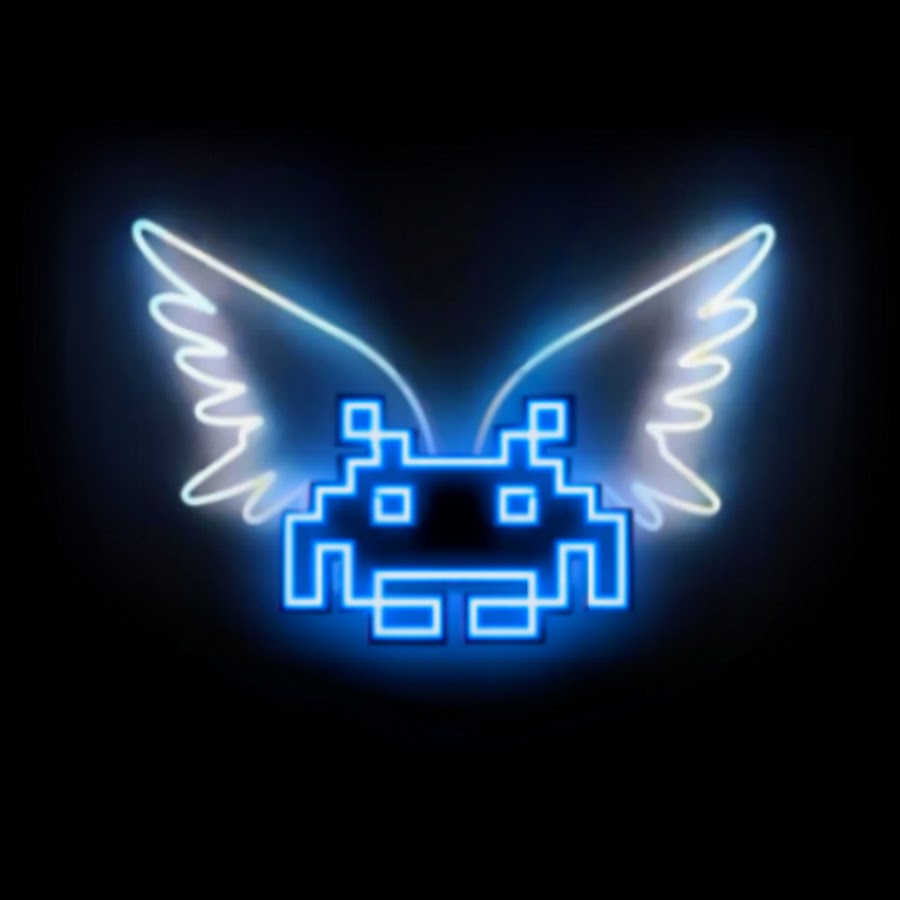 Also available over at the Libretro Forums;

To compile from Source; 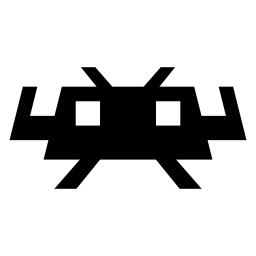 Nice any chance for a Quest version?

I dont have a Quest to test. Give it a go and let me know.

Alas it doesn’t work great on the quest. Same as the ordinary Retroarch apk, it only gets a little bit of input from the controllers. Would be extremely grateful for an update!